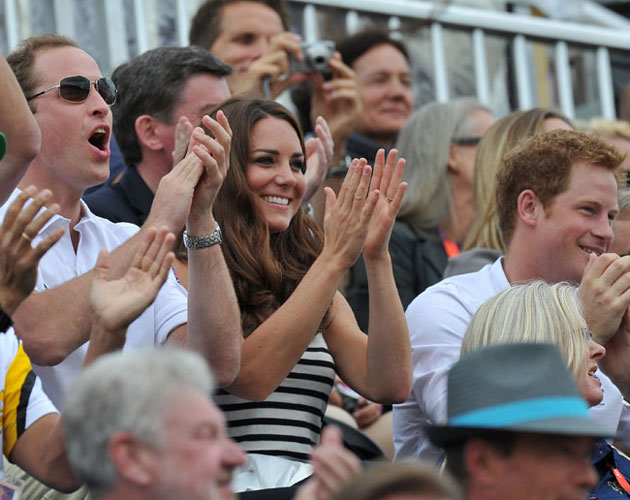 Britain’s Princess William and Harry and the Duchess of Cambridge have donated £100,000 to help wounded soldiers who will take part in the Walking With The Wounded South Pole Allied Challenge later this year.

Britain’s Princes William and Harry and the Duchess of Cambridge have donated £100,000 to help wounded soldiers.

The royal trio have made the huge contribution from their Endeavour fund -which was set up last year to support injured servicemen and women taking on exceptional challenges – to a group of soldiers trekking through the South Pole.

Chief Executive of the trio’s Royal Foundation, Nick Booth, said: “The Duke and Duchess of Cambridge and Prince Harry are all dedicated to helping our wounded undertake truly great adventures and sporting achievements as part of their recovery.

“The Walking With The Wounded South Pole Allied Challenge is a perfect demonstration of the tenacity and resolution of the inspirational men and women who serve both our nation and our allies.”

Harry, 28, is also planning to join four British team members in the four-week race in November and December to raise money for service personnel, competing against teams from the US and the Commonwealth.

Announcing his involvement last month, Harry said: “As a member of the British team, I will have a brew on ready for you when you join us at the Pole.”

The prince – who is currently on a tour of the US – has been supporting Walking With The Wounded since April 2011, when he joined part of their North Pole Expedition.

He was also patron of their Mt. Everest expedition in 2012, but the team were unable to complete the gruelling trek because of risk of an avalanche.