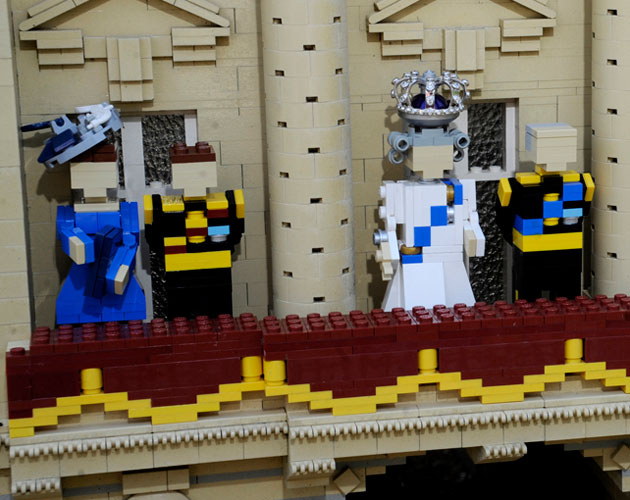 A 10cm model of Britain’s Queen Elizabeth – complete with a crown of real diamonds – will go on display in Legoland next month.
The miniature replica – constructed from Lego bricks and topped with a 1.5 centimetre-high rhodium-coated silver crown encrusted with 48 tiny diamonds – has been made to mark the 60th anniversary of her coronation will be on view at Legoland Windsor, South East England from May 25 to 27 before being moved to the Legoland Discovery Centre in Manchester, North West England, from May 31 to June 2.The replica royal – whose headpiece was created by British jewellery designer Dinny Hall – will appear on the balcony of a Lego Buckingham Palace alongside Lego models of her husband Prince Philip, son Prince Charles and his wife Camilla, Duchess of Cornwall, and her grandson Prince William and his wife Duchess Catherine.

The royal men are all wearing military uniforms, while the queen wears a traditional white dress with blue sash, Catherine – who is pregnant with her first child – has been depicted wearing a yellow coat and Camilla wears a blue gown and matching hat.