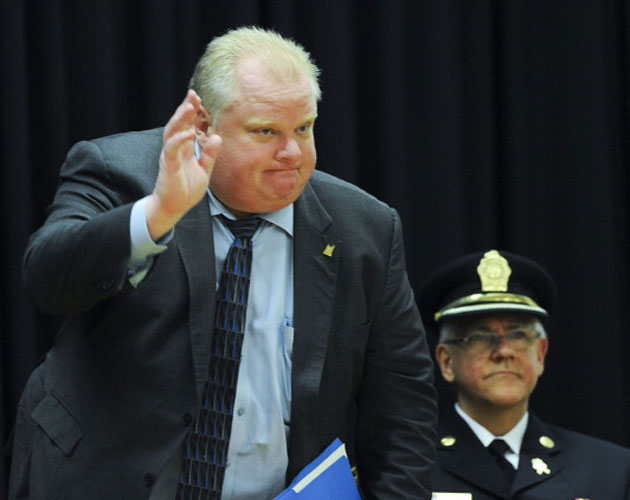 UPDATED 1:15 A.M.: The Toronto Star now reporting at least two of its journalists have seen the video and say it appears to show the Toronto mayor “sitting on a chair holding a glass pipe with a blackened top and a lighter. Ford is the only person on the video, but there are at least two other people in the room – one, a man who said he is his dealer, secretly recording him, and another, an anonymous voice asking him questions.” The Star story also reports the person in the video “starts in on Liberal Leader Justin Trudeau. The man says he can’t stand him and that he wants to shove his foot up the young leader’s ass.” The full Star report is here.

Here is the original Gawker report.

While details are still unfolding, it’s largely fueled by social media – a platform that has proved to get the facts wrong as recently as the Boston Marathon bombing. Don’t be surprised if the video turns out to be late funnyman/Ford Doppelganger, Chris Farley.

Even if it’s true, this may not spell the end of Ford’s political career if former Washington, D.C. Mayor Marion Barry is any indication. Indeed, it could be the birth of a new meme.