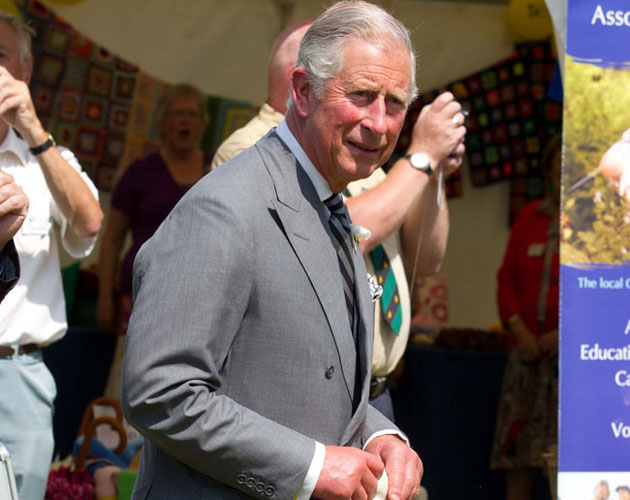 Britain’s Prince Charles will meet with dignitaries from deprived areas of the UK that his charities have been helping during a visit to Stoke-on-Trent today.

The prince will showcase the work his charities have done in Stoke-on-Trent as an example of what can be achieved and show how regeneration can transform a community.

During his trip to Stoke, Charles and local business leaders and politicians will visit the £8.5 million project at Middleport Pottery – a site bought by the prince’s Regeneration Trust in 2011 to protect its future and create 50 jobs – before enjoying a tour of Burslem and its historic buildings.

Plans are in place at Middleport Pottery to reuse all areas of the site by creating a visitor area and leasing other parts to small businesses.

Ros Kerslake, chief executive officer of the Prince’s Regeneration Trust, said: “Although there are there many wonderful Victorian factories around the country, Middleport Pottery is unique.

“It was designed and built for Burleigh which is still produced there. When we saw it ourselves we knew it was important.

“We are not simply about preserving something. We want to ensure it is a thriving and developing site.”

Some of the work carried out at the site has been carried out by 11 members of the Prince’s Trust as part of the Get Into Construction initiative, and one worker, 20-year-old Chris Callear is looking forward to meeting the prince after securing a permanent job on the site.

He said: “The scheme boosted my confidence and best of all I got proper work experience.”

The visit will also include a summit at Burslem’s Swan Bank Methodist church with the prince, community leaders and stakeholders from projects in in Burnley, Redcar, Middlesbrough, Tottenham, East Ayrshire and Llandovery – where Charles’ charity efforts have worked on similar ventures – gathering to discuss ideas.