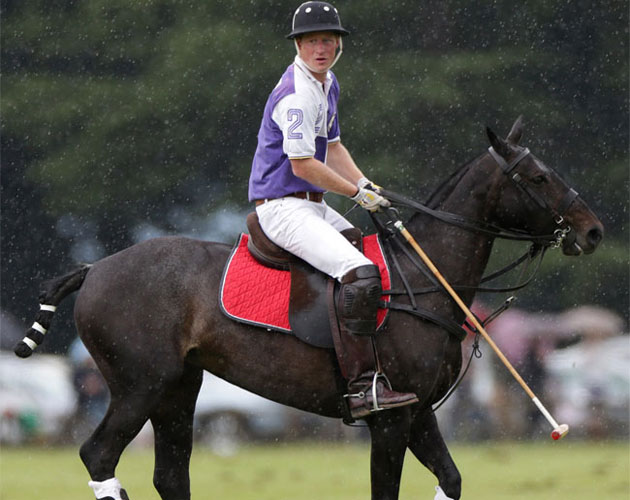 Britain’s Prince Harry had a “wonderful week” in America, he told guests at his charity polo match yesterday.

The 28-year-old royal’s U.S. tour came to an end yesterday (15.05.13) and, before his final engagement, a polo tournament in aid of his charity Sentebale, he thanked the “great nation” for the hospitality he was shown.

Speaking to the 400 guests at Greenwich Polo Club in Connecticut, he said: “This is the last day of my tour around the United States. Thank you for a wonderful week.

“I have witnessed the extraordinary generosity of the people of this great nation.”

The prince went on to score the winning goal in the polo tournament, taking the score to 4-3. He played in a team captained by England’s Malcolm Borthwick against one led by Nacho Figeras, an Argentine player who is an ambassador for Sentebale.

The Sentebale Polo Cup match raised $1 million for his charity – which was co-founded by Lesotho’s Prince Seeiso – which helps poor children and AIDS orphans in the African nation of Lesotho.

Harry said: “The HIV pandemic continues to leave thousands of children without parents and family structures to guide them through life.

“Without this support, basic needs such as food, shelter and care remain unmet, leaving children vulnerable and very often without much hope in their lives.”