Prince Philip: A Man of (Many) Letters 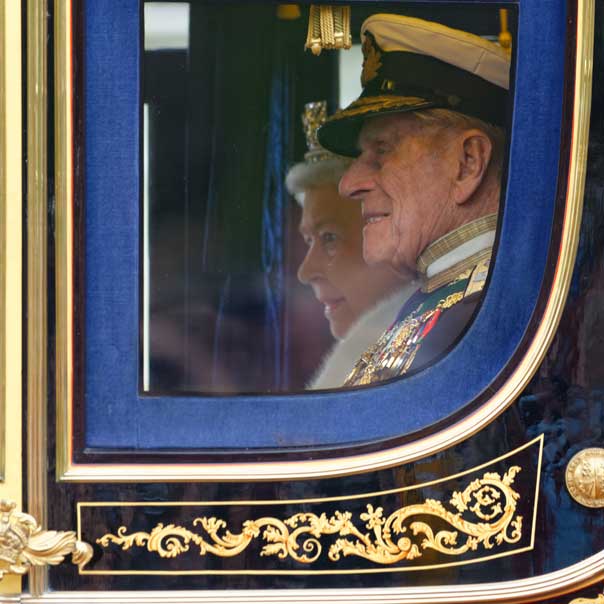 The Duke of Edinburgh, Prince Philip is the Commonwealth realm’s longest-serving consort and the oldest-ever spouse of a reigning British monarch. He’s also patron of more than 800 organizations! But, perhaps, even more impressively, he has one of the longest strings of letters after his name that you are ever likely to see.

With KG KT PC OM GBE AC ONZ QSO GCL CC CMM PC(Can) AdC(P) trailing his already lengthy title, Prince Philip might not even himself remember what they all stand for. Let’s help him out.

PC denotes membership of Her Majesty’s Most Honourable Privy Council, a formal body of advisors to the Queen. OM is the Order of Merit, recognising a mark of distinguished service. This was established in 1902 by King Edward VII and is limited to 24 living recipients at one time from the Commonwealth countries (plus a few honorary members). GBE is more of a mouthful—Knight Grand Cross of the Most Excellent Order of the British Empire—and the most senior order of chivalry in the terms that include OBE, MBE and CBE.

Prince Philip’s AC means he is a Companion of the Order of Australia—an order of chivalry established by his wife on Valentine’s Day in 1975 to give the Australians their own order (previously they used British honours). In 1987 the ONZ was instituted—New Zealand’s equivalent. NZ did, however, make do with the QSO in the interim. The Queen’s Service Order was established on 13th March 1975, awarded for “valuable voluntary service to the community or meritorious and faithful services to the Crown or similar services within the public sector, whether in elected or appointed office.”

GCO ties Philip to Papua New Guinea. Grand Companion of the Order of Logohu is awarded to its citizens who reach the highest degree of service, achievement and merit. He shares the title Royal Chief with his brother Charles and sister Anne. CC is the Order of Canada, but not its highest. It is said that Philip originally declined the honorary appointment, feeling it implied he was a foreigner to Canada. He did, however, accept the CC in April 2013.

CMM is the Order of Military Merit in Canada, again its second highest in those terms. PC(Can) places Philip in the Queen’s Privy Council for Canada, and finally, the AdC(P)—the second trickiest of the bunch to type!—puts him as the Queen’s Personal Aide-de-Camp, which speaks for itself.

One wonders how many more letters Philip can notch up …

This article was originally published in June 2013.