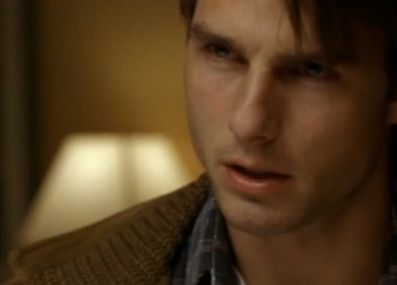 Tom Cruise may not be off to the best start as he enters a new decade, turning 51 today! We would like to mark the actor’s milestone!

Born on the 4th of July – well not quite. Tom Cruise came into the world a day shy of his country’s independence. But it was this role that gave him the rebirth as a serious actor, and his first of three Oscar nominations. The top gun, or rather one of the top 100 movie stars of all time had, until then, played second fiddle to Hollywood heavyweights like Paul Newman (The Color of Money), Dustin Hoffman (Rain Man) and Jack Nicholson (A Few Good Men).

But risky business as it is, the star-making machine took to Mr. Cruise, ranked him in the firm with Steven Spielberg and Stanley Kubrick (not to mention Coppola, Scorsese and De Palma) and what seemed a mission impossible became his days of thunder as Tinseltown’s favourite leading man. From action hero (Minority Report) to preacher (Magnolia – perhaps echoing the young Thomas Cruise Mapother’s seminary education) to alien-fighting father (War of the Worlds) to cold-blooded killer (in Collateral and as the Vampire Lestat), Cruise became known as the guy you played opposite if you wanted to go home with gold – Oscar gold.

Hoffman and Newman, along with Cuba Gooding Jr., and Renee Zellweger all benefited from working with the man at one time or another, although the statue has eluded him. For us, well, he had us at hello.