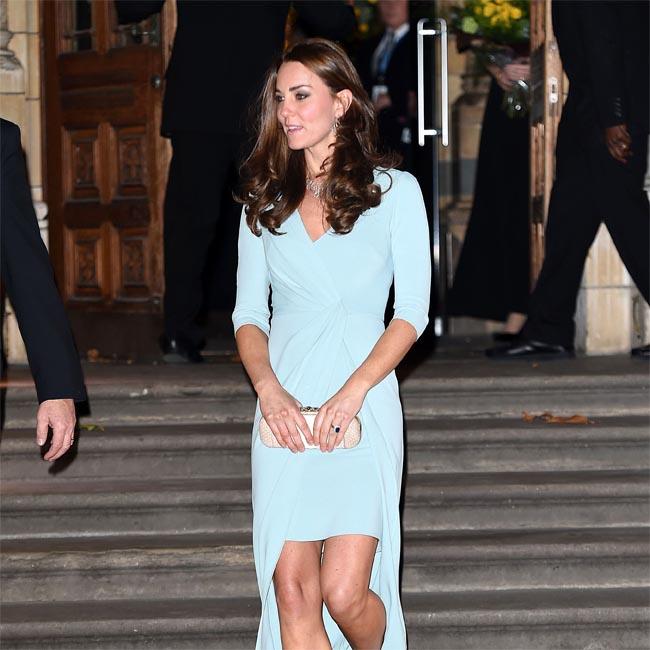 Britain’s Duchess Catherine has been left saddened by the death of a young boy with leukemia.
The 32-year-old duchess – who is expecting her second child with husband Prince William – was touched by the plight of 12-year-old Fabian Bate when they met at the Royal Marsden hospital in Surrey, South East England in September 2011 and she and her spouse were upset to learn the youngster passed away this week after losing his eight-year battle with the disease.
Her spokesperson said: “The Duke and Duchess are sad to hear the news and their thoughts are with Fabian’s family.”
After their meeting, Catherine – who was known as Kate Middleton before her marriage – wrote a letter to Fabian and his dad Darrell has revealed he cherished the note so much, it has been placed in his coffin.
Darrell told the Daily Mirror newspaper: “I want Kate to know it wasn’t just a letter, it was a message that meant so much. It has stayed with him and it’s staying with him now he’s departed.
“It is the only one in the world, it has that uniqueness – it is very personal and special.
“It was synonymous with what Fabian went through, he would not have got it otherwise.
“It would be amazing to think that Kate and William knew that the letter she wrote three years ago is now sitting next to his body at rest.”
In her letter, Catherine – who has 16-month-old son Prince George with William – praised Fabian’s “strength” and reassured him he was in good hands.
She wrote: “Despite your enormous, demanding course of treatment, I was so touched by your strength of character and delighted to hear the news that one of your big sisters will be able to donate bone marrow to you later this year.
“This must be a troubling time for you, your parents and sisters, but I left the Royal Marsden assured by how incredibly talented, kind and clever the team are.”