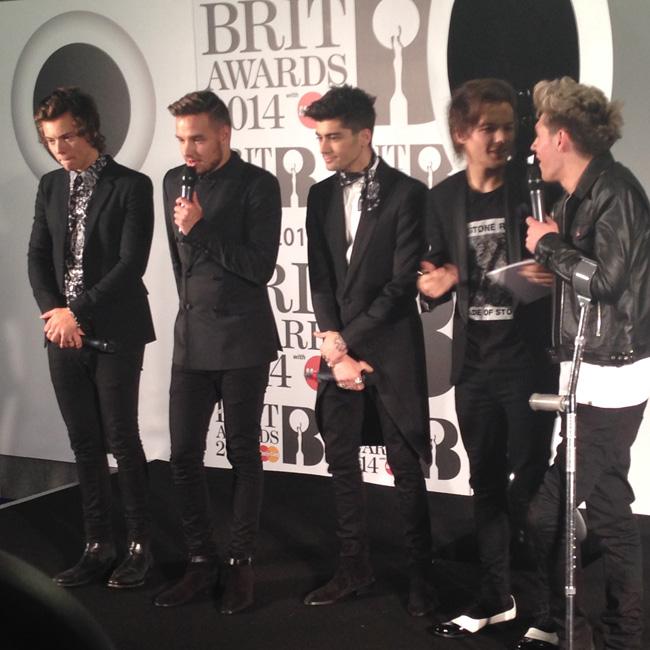 Britain’s Prince William urged One Direction to photobomb a picture of his wife.
The 32-year-old royal hit it off with the ‘Steal My Girl’ hitmakers at the Royal Variety Performance in London last week and made the group try to steal the spotlight from his spouse Duchess Catherine – who was known as Kate Middleton before her marriage – while she was getting her photograph taken.
Liam Payne revealed: “Kate was doing a shot with Michael McIntyre but the camera was looking right at us.
“So Wills said, ‘I’m sure we can get a couple of photo bombs in here, lads. Let’s go for it’.”
Niall Horan added: “We were pulling silly faces in the background.”
Though they got on well with the royal couple – who are expecting their second child, a sibling for 16-month-old Prince George – the band admit they were nervous before the meeting, in particular Liam.
He told The Sun newspaper: “When we first met them at the start it was so, so scary. My palms were sweating.
“When I was talking to Kate I had to wipe them on the back of my trousers — but it looked like I was rubbing my a**!”
William also found the time to discuss soccer with the group and even offered to help smooth tensions between Louis Tomlinson and Aston Villa striker Gabriel Agbonlahor after they fell out when a nasty tackle from the sportsman forced the singer off the pitch during a charity game in September.
Niall said: “We were talking with William about football because he is a Villa fan.
“I told him Louis had had a bit of an altercation with Agbonlahor.
“Then William said, ‘Oh, I wasn’t going to bring it up but I’ll have to have a chat with him’.”
Louis joked: “Yeah, that a***hole Agbonlahor — I got nobbled by him. He said he was going to throw him out actually…
“It was unbelievable. He asked me, ‘How’s Doncaster doing?’
“At first I didn’t realise what he was talking about then I realised he meant Donny Rovers.
“I said, ‘Not so great, unfortunately’. But it was amazing that he knew it was my team.”