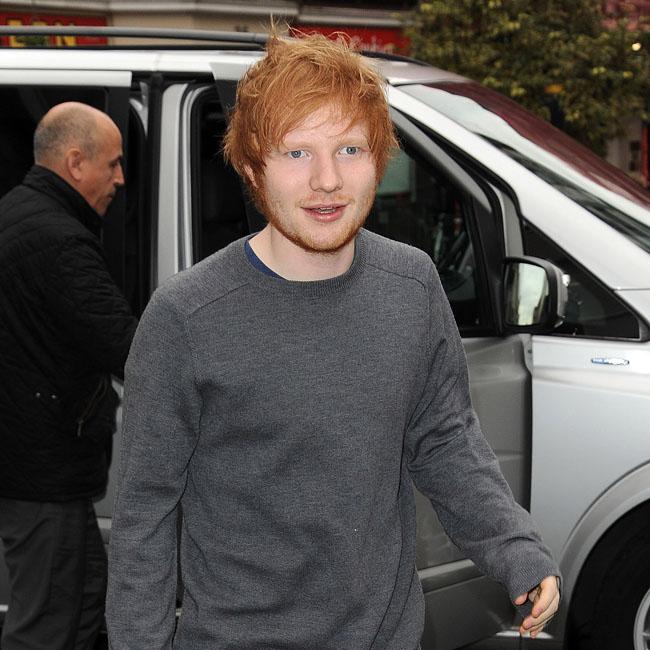 Britain’s Prince William gave Ed Sheeran career advice.
The ‘Thinking Out Loud’ hitmaker has revealed the 33-year-old royal advised him to never duet with soccer star Wayne Rooney again after seeing a YouTube video of them singing Ed’s hit single ‘Lego House’.
Explaining that the conversation took place at the Royal Variety Performance earlier this month, Ed said William joked: “Er, no more duets with Wayne Rooney.”
The 23-year-old star also spoke about how he came to record the performance with his unlikely singing partner – who plays soccer for Manchester United.
He told the Daily Mirror newspaper: “Rooney’s been trying to come to a gig for three years.
“He actually booked me for his birthday party, but I had a gig the same night.
“Coleen [Rooney, his wife] came down to my Leeds show and said Wayne was going to come down to Manchester with a load of mates.
“She asked if I wanted to go out afterwards. I said I didn’t want to go to a club, but Wayne hates clubs as well, so they rented out a lovely dingy pub that just did Jagerbombs and beer.”
Meanwhile, the flame-haired singer confessed he’s unsure whether William and his wife, Duchess Catherine, like his music as much as they claim to.
He added: “I don’t know if they’re fans. Do royals have iPods and things like that?”