LeBron is criticised for touching Duchess of Cambridge 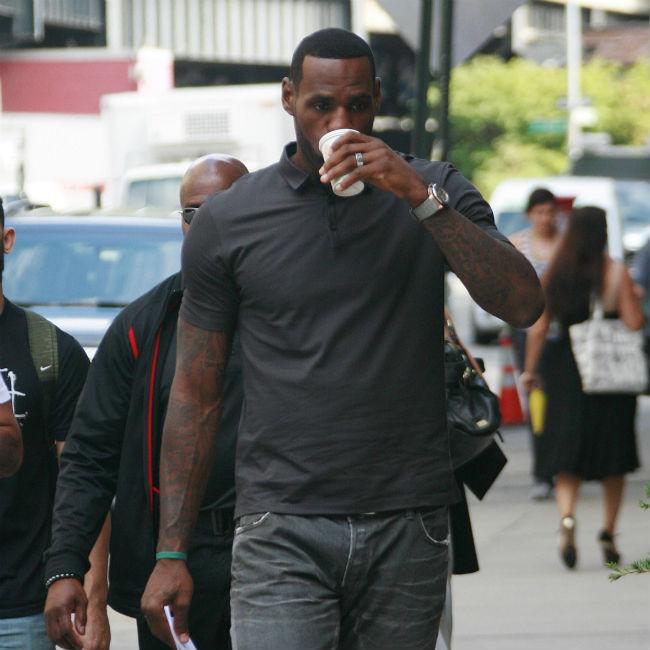 LeBron James broke royal protocol by touching Britain’s Duchess of Cambridge.
The Cleveland Cavaliers player has been told off for putting his arm around the 32-year-old royal after winning his game against the Brooklyn Nets on Monday (08.12.14).
English television personality Piers Morgan has criticised the NBA star for being too familiar when he presented Her Royal Highness – who is currently expecting her second child – and her husband the Duke of Cambridge – who is second-in-line to the British throne – with a jersey for their 16-month-old son, Prince George.
Talking on the ‘Rachael Ray Show’ yesterday (09.12.14) the CNN host said: “You do not put your arm around the future Queen of England!
“You do not touch a member of the royal family unless they ask you to touch them or extend their hand.”
In a direct message to LeBron – who has been dubbed King James due to his sporting prowess – Piers said: “LeBron James, you may call yourself King James – you are not a real king.
“Prince William is going to be my King, that was his wife – hands off the Duchess.
“Do not touch the royals! They are immortal creatures. If they extend a hand, you gently touch it and say, ‘Hello.’ You do not put your sweaty arm, after a game of basketball, around a member of the royal family.”
Despite Piers’ outrage, an insider told Us magazine that the couple were not offended by the sportsman’s friendliness.
A source said: “No offence was taken at all. There is no such thing as set protocol.”