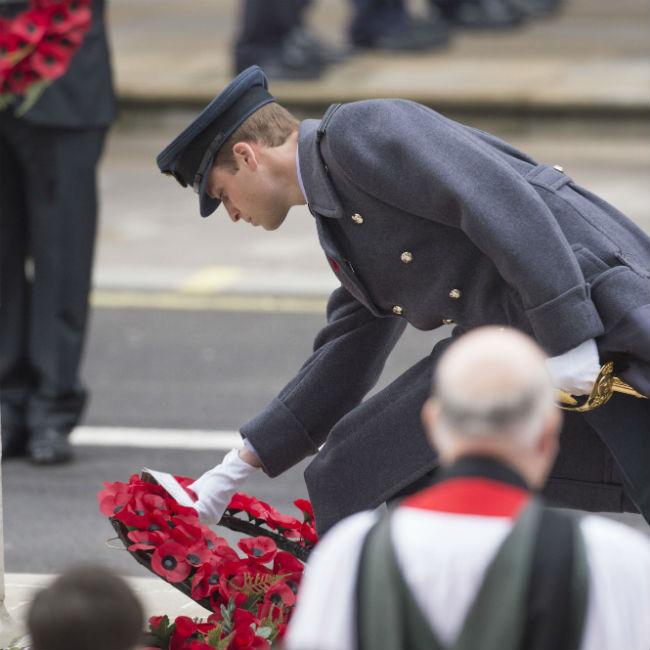 Britain’s Duke of Cambridge will honour the 1914 Christmas truce today (12.12.14).
Held at the National Memorial Arboretum in Staffordshire, Prince William will dedicate a memorial to the moment troops on the Western front held fire to play a game of football with one another during the First World War.
His Royal Highness will also meet with 10-year-old Spencer Turner from Newcastle who designed the memorial, which depicts two people shaking hands, with a drawing of a football in the background.
In August, the 32-year-old royal paid his respects to those who fought and lost their lives in the Great War by placing a ceramic poppy to the art installation surrounding Tower Bridge in London.
The poppies – which formed a blood red moat around the monument – represented a British or colonial soldier who had perished in the battlefield and marked the 100th anniversary of Britain’s involvement in WWI.
He will then visit St Basils, a charity which works with young people at risk of homelessness, in Aston, Birmingham before heading to Perry Barr to formally open the new Holford Drive Community Sports Hub.
On Wednesday (10.12.14) his father Prince Charles showed his support to the British armed forces alongside his wife Camilla, Duchess of Cornwall at The Sun Military Awards.
Their Royal Highnesses arrived at the ceremony – often referred to as The Millies – at the National Maritime Museum in Greenwich, London, where they were joined by ‘Homeland’ actor Damian Lewis.
Hosted by Amanda Holden and Philip Schofield, the awards celebrates outstanding contributions in the military, abroad and at home.