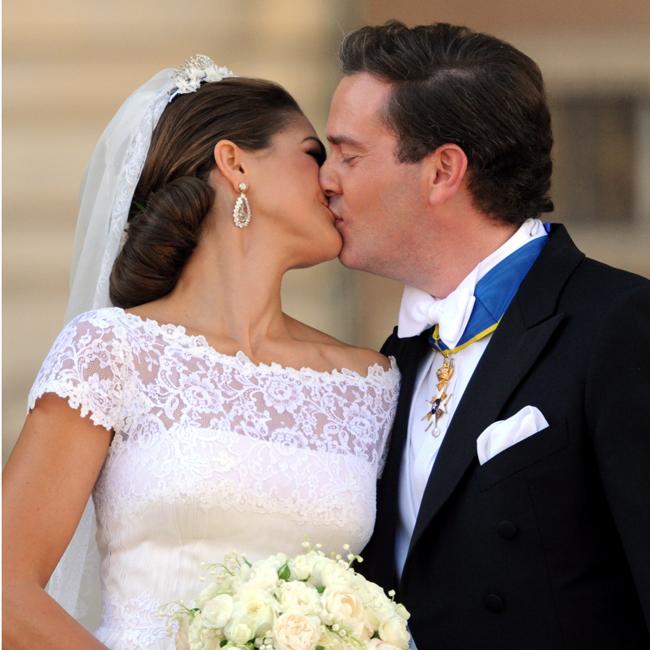 Sweden’s Princess Madeleine has made her first public outing following the announcement she is expecting her second child.
The 32-year-old royal – who gave birth to her daughter, Princess Leonore, Duchess of Gotland, with her husband Christopher O’Neill on February 20 this year, is already expecting another baby the family confirmed on Friday (19.12.14).
The brunette beauty was joined by Christopher, 40, at the Stockholm Stock Exchange for the Swedish Academy formal gathering and looked stunning in a regal emerald dress with statement pearl earrings while bracing herself against the winter cold in a black fur coat.
Madeleine is believed to be around three months pregnant and she and Christopher are said to be delighted by the news.
A statement on the family’s official Facebook page said: “Princess Madeleine and Mr. Christopher O’Neill are delighted to announce that The Princess is expecting their second child.”
Also present at the gathering was her mother and father King Carl XVI Gustaf and Queen Silvia, and her siblings Crown Princess Victoria and Prince Carl Philip.
Prince Carl Philip, 35, was joined by his fiancée Sofia Hellqvist, 30, to whom he became engaged in October this year.
It is thought that Madeleine’s due date will fall around the date of their upcoming wedding which is set to take place on June 13 2015.