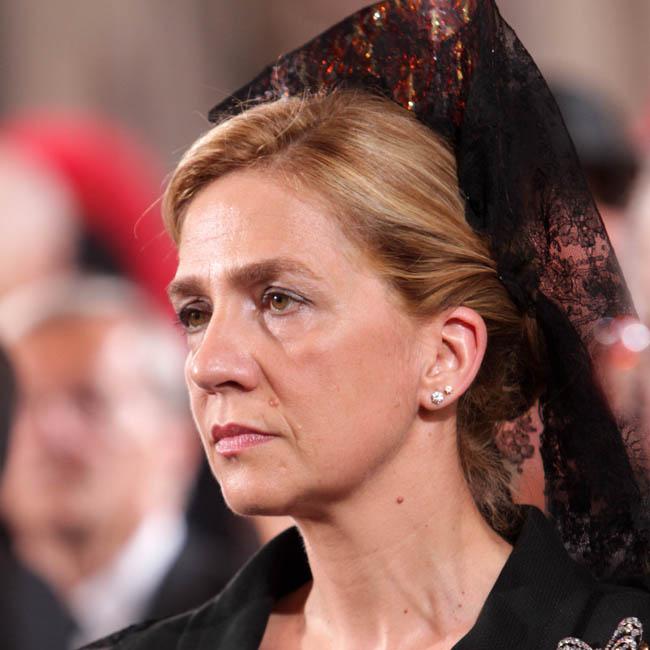 Spain’s Princess Cristina will stand trial for tax fraud.
The 49-year-old royal – who has been accused of tax evasion and money laundering offences along with her husband Inaki Urdangarin, 46, and 17 other people at the firm Aizoon which she co-owns – will appear in court in Majorca to face the charges, reports the Express newspaper.
Princess Cristina, King Felipe VI’s sister, could face up to four years in jail if she is found guilty along with her husband, who has also been charged with embezzling public funds, fraud, breach of legal duty, influence-peddling and money-laundering after allegedly using his Duke of Palma title to embezzle millions of euros through non-profit charity, the Noos Foundation.
The couple – who have four children Juan, 15, Pablo, 14, Miguel, 12, and Irene, nine – have denied all the charges.
They have also been ordered to pay over €17 million to cover possible liabilities – €15 million for Inaki and €2.6million for Princess Cristina – and have 20 days to come up with the money.
According to the court ruling, if the couple fail to come up with the money they will have their assets seized.
At first, the sixth-in-line to the Spanish throne was only called in to court to give evidence in the case until the investigating judge, Jose Castro, decided she should be tried alongside her husband and other suspects.
Princess Cristina also tried to appeal against the embezzlement charges that had been brought against her.
Her lawyer Miquel Roca said at the time: “It is not a problem of optimism or pessimism, it is a question of absolute conviction of the innocence of our client.”