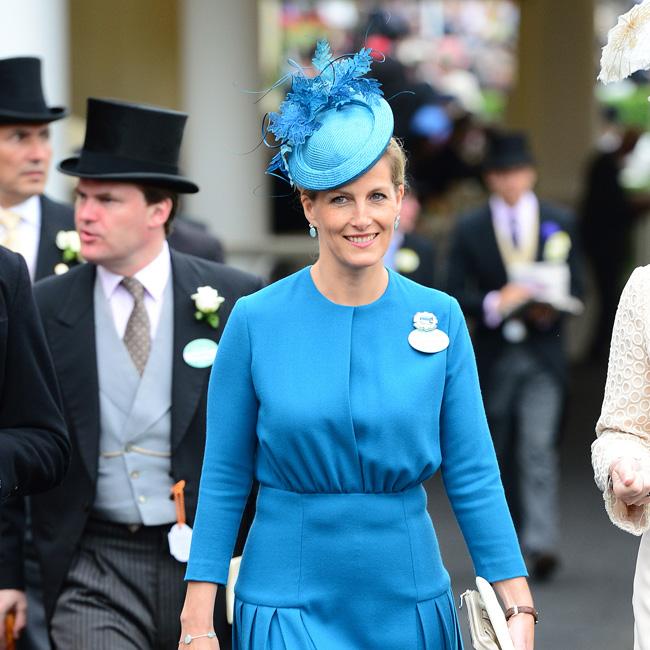 Britain’s Sophie, Countess of Wessex has promoted her chef to be her personal dresser.
The 49-year-old royal – who is set to celebrate her 50th birthday tomorrow (20.01.15) – has reportedly appointed David Quick to help choose her outfits, lay out her clothes and even wash her underwear following the departure of veteran valet Brian Tougher.
An insider revealed: “To say everyone is surprised is an understatement but good luck to him.
“It’s true Brian did help her with her clothes but he had an eye for outfits because he is a keen ballroom dancer and had lots of female dance partners.
“David is very much a bloke’s bloke and has never done anything in this field before. We never thought of him as a fashion expert but he obviously has hidden talents.
“As well as pressing her clothes and laying them out, he will be called upon to be in the room when the countess is getting dressed for a special occasion and might even zip up her dress at the back and help her on with her jewellery.”
Although David will now assist Sophie – who has children Lady Louise Windsor and son James, Viscount Severn with husband Prince Edward, Earl of Wessex – with her fashion choices he will still be in charge of catering at their royal residence, Bagshot Park.
The source told the Daily Express newspaper: “It will certainly make a change from being in the kitchens, although he has retained overall responsibility for the catering.”
However, the royal couple have brought in a junior chef and an Army orderly to help with other duties at the 50-room mansion in Surrey.
The source added: “Brian used to do everything from being butler to arranging flowers and they have been lost without him. That’s why they’ve needed reinforcements to take on his work.”