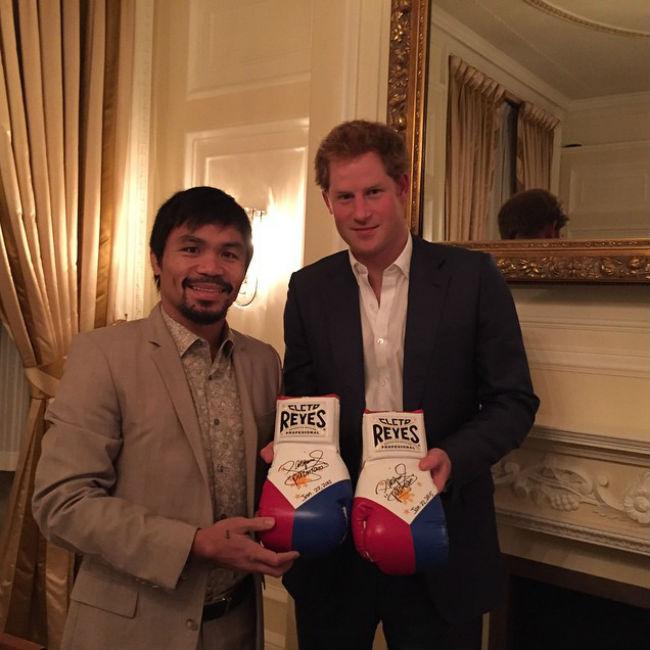 Britain’s Prince Harry will reportedly help promote a boxing match.
The 30-year-old royal dined with Filipino boxing champion Emmanuel ‘Manny’ Pacquiao – who is also a congressman in the Philippines – and his wife Jinkee last week after inviting him to London discuss charitable interests and they reportedly discussed the possibility of staging a fight in London.
And it is believed Manny also met with British boxer Amir Khan to discuss a possible bout if his much-touted match against Floyd Mayweather fails to happen.
Top Rank promoter Bob Arum told ESPN.com: “A lot of places around the world want to host a Manny Pacquiao fight. He’s an international icon, and I have been approached by a number of people looking to host a Manny Pacquiao fight.
“Prince Harry has a group looking to put on a Manny Pacquiao fight in London. Khan would certainly make sense, and it’s an interesting fight. But remember — all that is a backup plan. We are still trying to nail down the Mayweather fight. We need Mayweather to say yes.”
According to reports, proceeds from the proposed fight will be donated to charity.
Manny is said to be a big fan of the British royal family and has even named one of his daughters Queenie, after Harry’s grandmother Queen Elizabeth II.