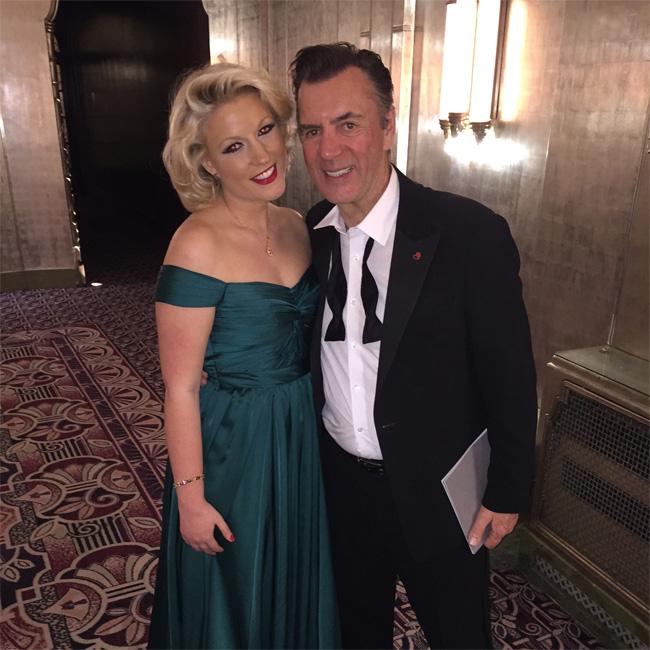 Pippa Middleton was among the crowd wowed by classical singing sensation Natalie Coyle at a British Heart Foundation event last night (10.02.15).
The sister of the Duchess of Cambridge – known as Kate Middleton before her marriage to Prince William – and their brother James Middleton took in the 27-year-old blonde’s stunning performance in front of 370 guests at the BHF’s Roll Out The Red Ball at the Park Lane Hotel in central London.
Natalie stunned the star-studded audience, which also included James’ girlfriend Donna Air, actress Michelle Keegan, athlete Louise Hazel, entrepreneur Duncan Bannatyne and singer Mollie King, who hosted the event, with five classical tracks including ‘O Mio Babbino Caro’, ‘Laschia Ch’io Pianga’ and ‘I Could’ve Danced All Night’.
Following the performance, the stunner admitted she was “honoured” to be able to perform at the spectacle for such a great cause.
She said: “I was so delighted and excited to be involved with the BHF again.
“It was an honour to open the evening singing classical pieces which my opera-singing grandfather loved – he died of a heart attack before I was born.
“It’s amazing to hear about the impact the work of this charity has on people’s lives.”
Following Natalie’s scintillating singing, comedian Simon Evans took to the stage to entertain the crowd, who enjoyed a Champagne reception and a three course meal before splashing their cash in a live auction to raise money for the charity.