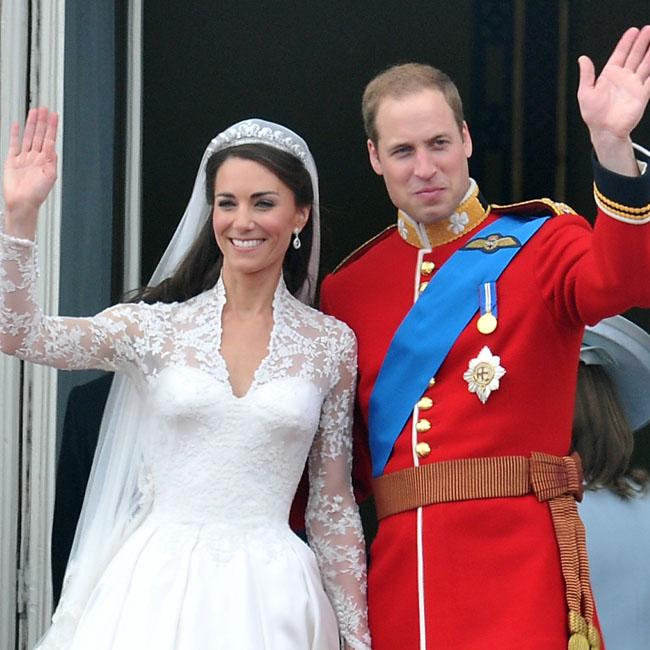 A menu, order of service, invitations and pictures from Britain’s Duke and Duchess of Cambridge’s wedding will be auctioned off next week.
The memorabilia from the 2011 wedding of Prince William and Duchess Catherine, who was then known as Kate Middleton, is one of several royal lots going under the hammer next week, with two cheques written by the Queen Mother, a signed photo of Queen Victoria and handwritten letters penned by Princess Diana are among the items in the sale.
The collection of royal memorabilia, which spans almost 200 years, was amassed by Devonshire royal ‘ephemera expert’, Jim Hanson and is said to be “extraordinary”.
Auctioneer James Grinter said: “Jim Hanson was an extraordinary collector.
“He started from an early age collecting cheese labels, before moving on to marbles which he traded in the school playground.
“After giving up farming in Devon in the late 1970s he concentrated on travelling the world, trading and exhibiting stamps, and then turned his attention to royal memorabilia in his later years, before his death.”
Also going up for sale is a rare black and white portrait of Princess Diana, which is signed ‘Diana 1993’,a menu from the dinner King Edward VIII held the night before he announced his abdication and a letter from the Queen Mother written in the third person to describe her gown preferences for King George VI’s coronation.
The note says: “The Queen is writing a line to Madame Handley Seymour to tell her that the dress for the Coronation (according to precedent) ought to be beautifully embroidered by some school of needlework. So that the Queen thinks that the Royal School of Needlework ought to do the embroidery.”
The items will be auctioned at Reeman Dansie’s Royal memorabilia sale in Colchester on February 17th.