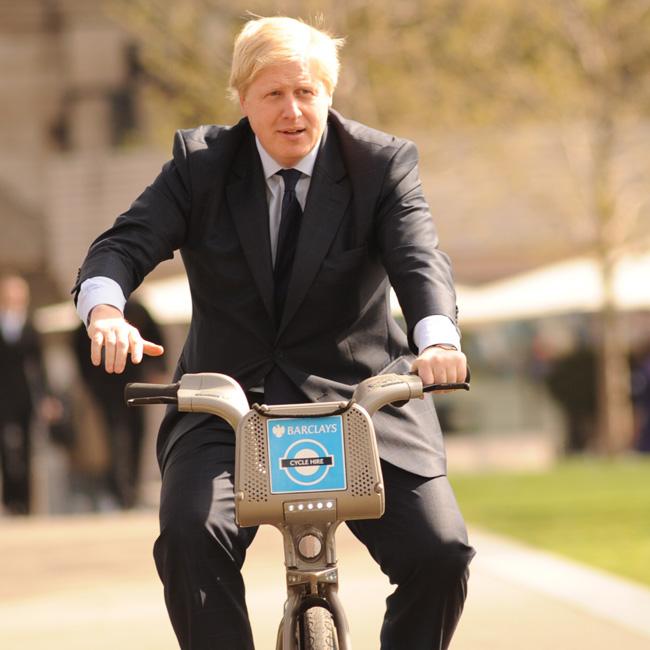 Boris Johnson believes Americans “secretly want” to be ruled by the British royal family.
The Mayor of London hosted his weekly LBC Radio show from New York yesterday (12.02.15) and of the US-based callers, only one had a question about something other than the monarchy, and so he suggested their fascination was down to a desire to be reunited with their former colonial rulers.
He joked: “What does this show you?.
“Deep down, in a primal way, they regret the fundamental schism of 1776 and they wish that we were in a single commonwealth of English-speaking peoples again united under Her Majesty.
“That’s what they secretly want. They have been deprived of it too long, that blissful pride that goes with a hereditary monarchy.”
Among the questions the politician faced were what type of sandwiches are eaten at Buckingham Palace and the names of Queen Elizabeth’s beloved corgis, but he showed his royal knowledge was lacking as he struggled with the answers.
Discussing the food choices, he said: “I don’t know. Ham from Bucking?”
And asked about the dogs – who are named Holly and Willow – he said: “I haven’t got the faintest idea what they are called. Basil? Eric?”
During the show, Boris also admitted he hadn’t spoken to the monarch since she asked if her surprise appearance in a James Bond sketch – which culminated in a body double parachuted out of a plane – at the London 2012 Olympic Opening Ceremony had been a success.
He said: “She very innocently wanted to know whether people thought it was funny and I said it was brilliant.
Asked whether he really hadn’t spoken to the queen since then, he replied: “I don’t get to see the queen that often.
“What do you think I do? Spend my whole time round Buckingham Palace sucking up to the monarchy?”