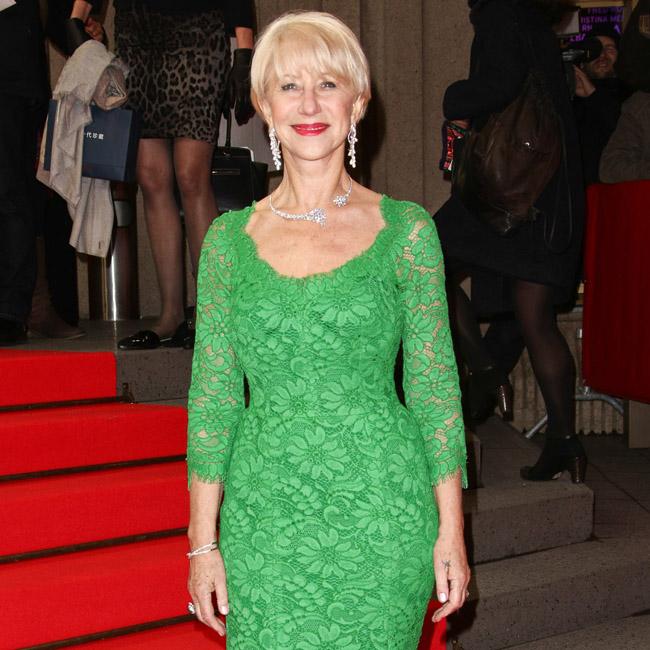 Dame Helen Mirren thinks the British royal family are like “aliens”.
The 69-year-old actress – who is playing Queen Elizabeth in Broadway show ‘The Audience’, a play which she previously starred in London’s West End – thinks royal life is very different to the everyday experiences ordinary people have, but believes the queen and her family are just the same as everyone else on the inside.
She said: “The world they live in is so beyond our understanding.
“You’ve never queued for anything. Ever, for anything. Every time you go in the street, the traffic is stopped for you. It’s a world you can’t imagine. They are, in a way, aliens. But inside that, they are the same flawed, insecure, vulnerable, complicated human beings we are. It’s my job to get into the person who’s inside that world.”
Helen – who previously won an Oscar in 2007 for her portrayal of the monarch in ‘The Queen’ – also believes the public don’t have the right view of the queen.
She told the New York Times newspaper: “I think people misunderstand because she doesn’t smile all the time.
“But she’s not a movie star; she’s a queen. Smiling is not a requirement. What’s required is to be dignified. To be almost iconic, and self-controlled. Not to be charming.”
And the ‘Red’ star confessed she would have loved to have seen the queen in the audience during the play’s staging in the West End.
She said: “I wish the queen had come to see the play, but it would have been impossible. When I took my bow at the end, they were not applauding me. They were applauding the queen.”