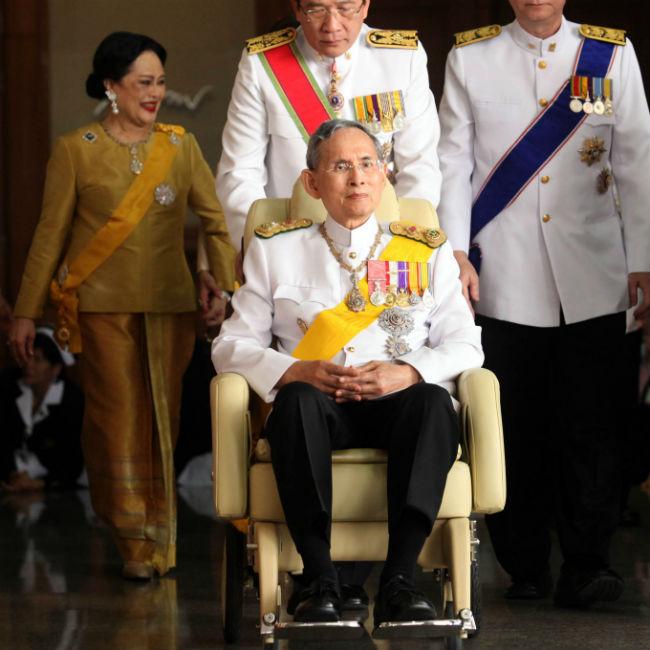 Two men have been jailed for insulting the Thai royal family in a university play.
Patiwat Saraiyaem, 23, and Porntip Mankong, 26, were each sentenced to two and a half years behind bars yesterday (23.02.15) after admitting to defamation under the country’s controversial lese majeste law following their arrest last August.
The pair had originally been sentenced to five years in prison each for allegedly insulting Thailand’s royal family in a satirical play titled ‘The Wolf Bride’, which was performed at Bangkok’s Thammasat University, but had their terms reduced after confessing to the crime.
A judge at Ratchada Criminal Court in the capital city said: “The court considers their role in the play caused serious damage to the monarcy and sees no reason to suspend their sentences.”
The men were each charged with one count of lese majeste linked to the play, which was put on to mark the 40th anniversary of a pro-democracy student protest at the university that was stopped by the military regime in October 1973.
Patiwat and Porntip’s lawyer, Pawinee Chumsri, said they “would not appeal” the ruling, the Guardian newspaper reports.
Thai police are also said to be looking for at least six other individuals involved in the performance for allegedly violating the feared “112” section of the country’s criminal code, which carries sentences of up to 15 years for each count of insulting the king, queen, heir or regent.