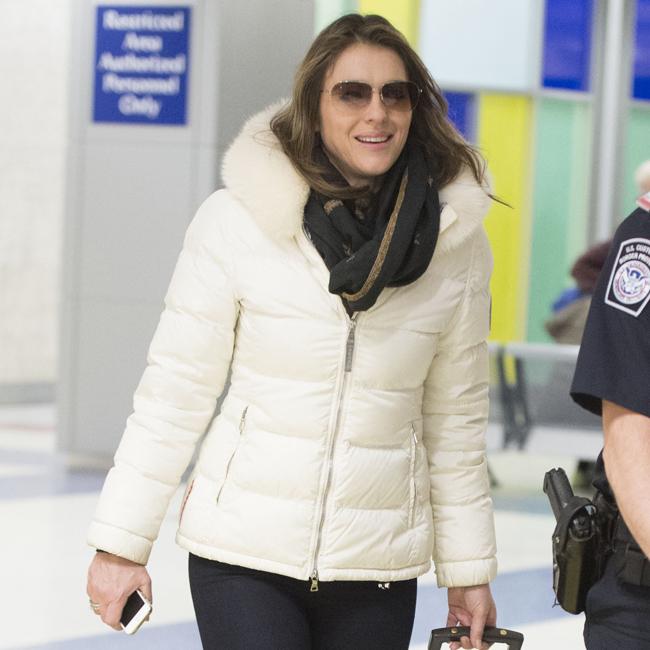 Elizabeth Hurley insists her portrayal of a Queen in ‘The Royals’ bears “little resemblance” to Britain’s Queen Elizabeth II.
The 49-year-old actress stars as Queen Helena in the new E! series but claims the many racy scenes are not based in away way on the real British royal family.
Insisting her character is nothing like the 88-year-old monarch, Elizabeth told The Sun newspaper: “There’s little resemblance. This is an extreme, sexy venture into royalty.
“For me it is sex, drugs, rock n’ roll and Windsor Castle.”
The controversial drama series – which also stars Joan Collins as the Grand Duchess of Oxford, William Moseley and Vincent Regan – follows the lives of the fictional royal family and is the first scripted show to air on the US channel.
The brunette beauty believes the show will be hugely successful because of Americans fascination with the British Royal family and hopes the new series will help her to turn her career around.
Show bosses are so sure ‘The Royals’ will be popular amongst viewers, they have already commissioned a second series before the pilot episode has aired.
However, ‘The Royals’ is yet to be picked up by any British channels due to fears the UK public will find the series – which includes scenes depicting class A drug use, swearing and sex – disrespectful.