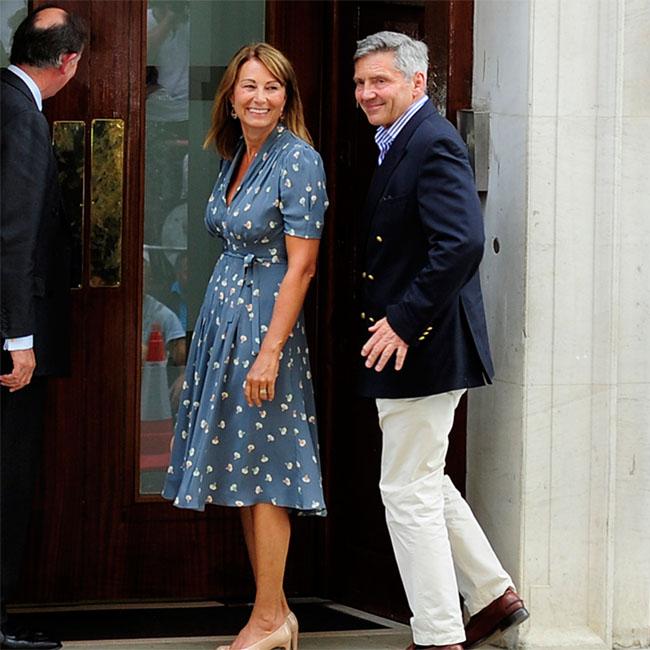 Britain’s Prince William and Duchess Catherine have been joined in their home by Catherine’s parents.
Carole and Michael Middleton have moved into the couple’s Norfolk estate to help them with preparations for their second child, which is due next month, after their two housekeepers abruptly quit in February.
A family friend revealed: “When George arrived, Kate and William moved into Kate’s parents’ house. This time the Middletons are moving in to Anmer with William and Kate.”
Carole, 60, and her husband, 65, are now taking care of the Georgian manor, Anmer Hall, with Michael dealing with a mole infestation which has ruined the lawns of the estate.
Catherine – who gave birth to the couple’s first child, Prince George, in July 2013 – is reportedly due to give birth on April 25, and her mother is ensuring the household is prepared for the new arrival.
The friend continued: “There is plenty of space and Kate really wants her mother around. At the moment Carole is getting everything in place because the baby is due around April 25.”
Meanwhile, another source revealed William, 32, is more than happy to have his mother-in-law around as it has meant the atmosphere has been much less chaotic.
Another source told the Daily Mail newspaper: “William is very happy to sit back and let Carole take up the reins. She is ensuring that Anmer runs like clockwork. The nursery and staff will be an oasis of calm and evenings will be sacrosanct for relaxation, sleep and recovery.”