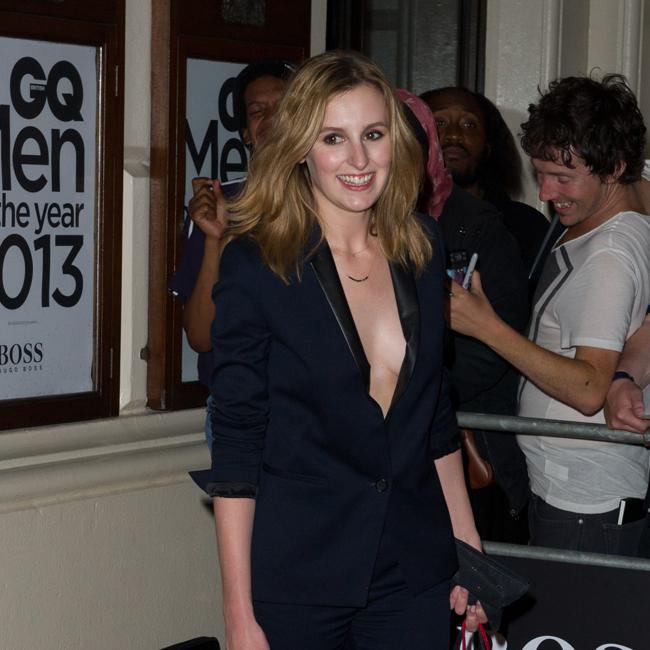 Laura Carmichael says meeting Britain’s Duchess Catherine was “very exciting”.
The 28-year-old actress was delighted to meet the 33-year-old royal as she toured the ‘Downton Abbey’ set yesterday (12.03.15) and says it was a special day for everyone working on the popular drama series.
She said: “It was very exciting for everyone, the cast and the crew. It was a very special day for Downton. ‘It was a very surreal and exciting experience to be at work and be visited by a member of the royal family.
“She’s watched the show and really loves it. Julian Fellowes [‘Downton’ creator] thanked her in his speech [before she left] for mentioning the show while she was in America and that she watched it and loved it. She helped put us on the map.”
While Catherine – who is expecting her second child with husband Prince William – is a big fan of the show, she refused to reveal the identity of her favourite character.
Laura added: “Brendan [Coyle] and Hugh [Bonneville] were fighting over who’s her favourite character but she wouldn’t reveal [who it is]. She watched some [of the new scenes] but she didn’t ask me any secrets or for any spoilers.”
The duchess enjoyed the visit to Ealing Studios so much, she stayed 30 minutes longer than scheduled, and cast member Lesley Nichol, who plays cook Mrs Patmore, hoped she was going home to rest afterwards.
Lesley told MailOnline: “I think the duchess really enjoyed herself. We knew before she came that she was a fan of the show and she clearly knew a lot about what we did.
“I got the impression that she thoroughly enjoyed herself, but I really hope she has just gone home for a cup of tea and put her feet up. It was a long time for her to be walking around on the set with that bump.
“I would have offered the duchess a cup of tea myself but I couldn’t have guaranteed what was in it.”
As well as receiving a sneak-peek of a forthcoming scene filmed in the servants quarters, Catherine toured the prop store, construction workshop, hair and make-up department and bedroom sets, and was presented with a chocolate cake topped with the ‘Downton Abbey’ logo in the kitchen.