Duke and Duchess of Cambridge made into puppets 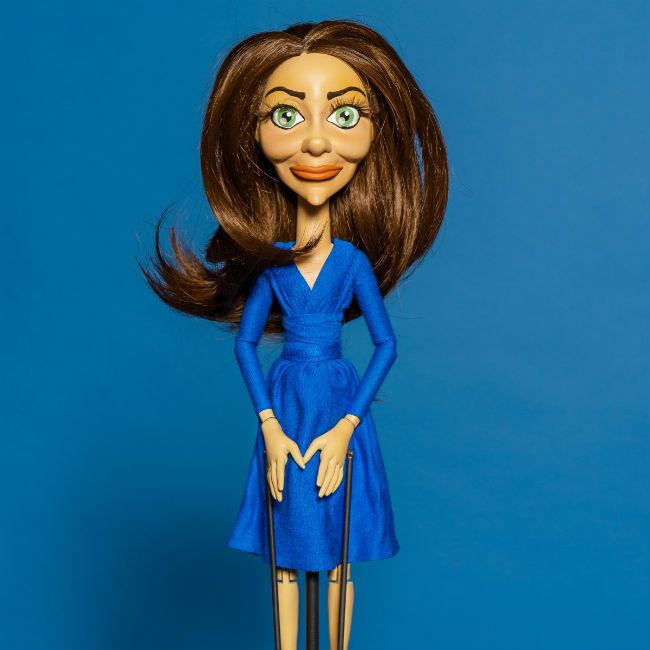 The Duke and Duchess of Cambridge have been made into puppets.
The royal couple – who have 20-month-old son Prince George and are expecting another child later this month – have been created in puppet-form for topical puppet animation sketch show ‘Newzoids’.
The 33-year-old duchess’ puppet features her long brunette locks, nude pumps and a plunging blue dress, similar to the outfit she wore when she announced her engagement to husband, Prince William, in 2010.
The prince, 32, has also been caricatured with a puppet wearing a pair of chinos with a v-neck jumper and an Oxford shirt.
The couple – who will be voiced by Debra Stephenson and Lewis MacLeod – are expected to feature alongside other members of the royal family in the ITV show, which will poke fun at pop stars, politicians, TV personalities and other famous faces.
The hilarious six part series promises to feature a combination of energetic puppeteering and accurate impressions to mock the week’s news events and tease some of the world’s most prolific celebrities.
Other stars expected to feature in the comical show include Prince William’s younger brother Harry, as well as British Prime Minister David Cameron, music mogul Simon Cowell, One Direction heartthrob Harry Styles, and ‘Single Ladies’ hitmaker Beyonce.
‘Newzoids’ will begin on Wednesday April 15 at 9pm on ITV.