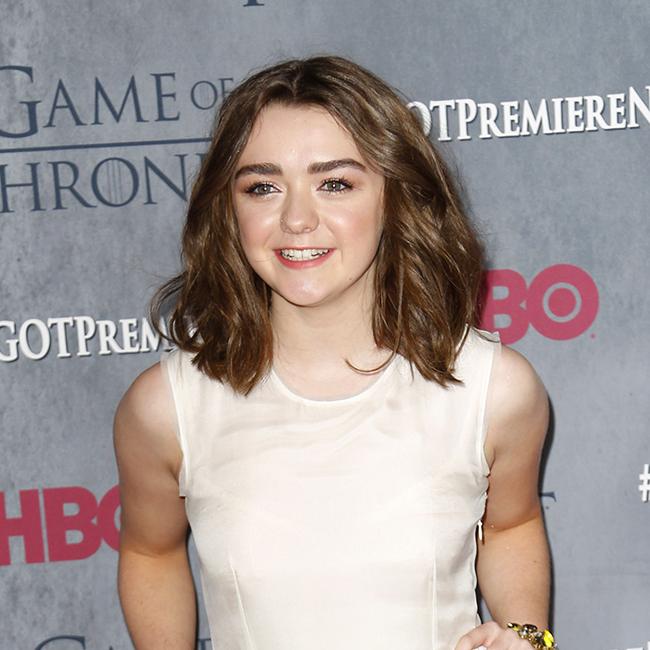 Maisie Williams had to censor her ‘Game of Thrones’ plots for Britain’s Queen Elizabeth.
The 17-year-old actress – who plays ruthless Arya Stark in the fantasy drama series – met the monarch last year during a royal visit to the show’s Belfast set last year and admits she gave her an edited version of her alter ego’s antics.
She said: “She shook my hand and turned to me and said, ‘What do you do?’ I couldn’t say, ‘Oh, I play this 12-year-old girl who stabs people in the throat.’ It would not have been a great opener with the queen.
“I just said my character was the daughter of a lord and is a bit of a tomboy who likes to horse-ride.”
While the 88-year-old queen doesn’t seem to be much of a fan of the show, US president Barack Obama is hooked and even got to see the beginning of season four before the cast members did.
Speaking to Alan Carr on ‘Chatty Man’, Maisie added: “President Obama did ask for the first five episodes of series four before they were aired. I did not even get them and I am in it. He is a big fan and that is cool.”