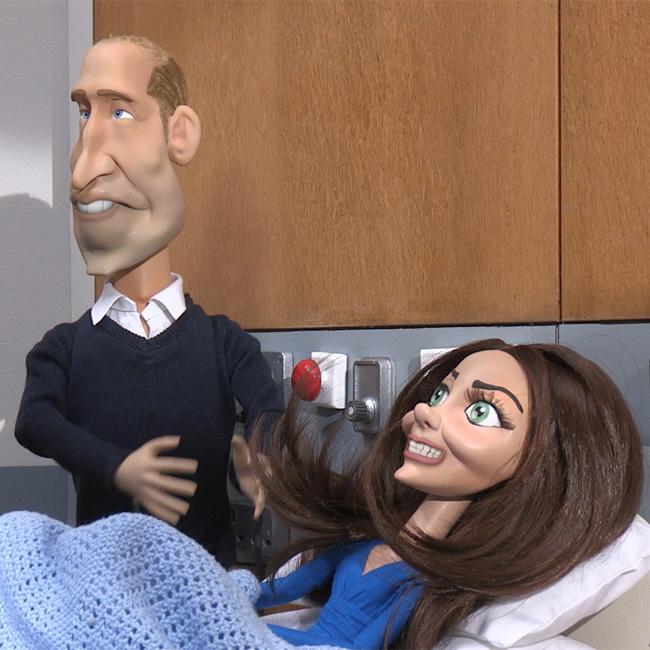 A puppet version of the Duchess of Cambridge will give birth to the royal baby on ‘Newzoids’.
The sketch show is set to feature the 33-year-old beauty – who is currently expecting her second child – and her husband Prince William in a ‘Call The Midwife’ inspired episode in which their puppet counterparts will play out the looming birth on the ITV show.
The episode – set inside the Lindo Wing at St Mary’s hospital in London – will see the Duchess’ waters break before Prince William, 32, calls a familiar-looking midwife, based on Miranda Hart’s character in the drama, to her aid.
The couple – who are voiced by British comedians Debra Stephenson and Lewis MacLeod – will also be visited by the baby’s grandmother Queen Elizabeth II, in the episode which airs on ITV tonight (29.04.15) at 9pm.
The hilarious six part series uses a combination of energetic puppeteering and accurate impressions to mock the week’s news events and tease some of the world’s most prolific celebrities.
Other stars expected to feature in the comical show include Prince William’s younger brother Prince Harry, as well as British Prime Minister David Cameron, music mogul Simon Cowell and One Direction heartthrob Harry Styles.