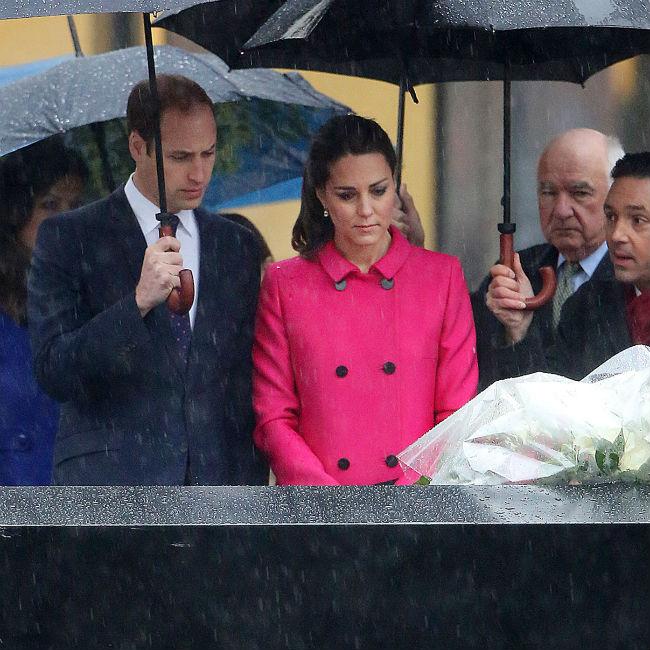 Britain’s Prince William and Duchess Catherine celebrated their fourth wedding anniversary with a swim yesterday (29.04.15).
The couple drove from their Kensington Palace apartment to the pool at Buckingham Palace to enjoy a short dip, just a day after Catherine – who is almost a week overdue with the couple’s second child visited the private swimming area with their young son Prince George, 21 months.
Midwife and pregnancy expert Zita West believes the duchess is visiting the pool regularly in an attempt to bring on labour.
She said: “Being physically active when you have gone over your due date may help [bring on contractions].”
And Zita has also suggested the 33-year-old duchess – who was known as Kate Middleton before her marriage – tries out some alternative therapies.
She told People magazine: “There are certain acupuncture points that you can use and I think that would be a good thing to try.”
Meanwhile, Westminster City Council have lengthened the suspension of parking restrictions outside the private Lindo Wing at London’s St Mary’s Hospital, where Catherine is due to give birth, because they had been due to run out today (30.04.15).
A council spokesperson said: “The parking restrictions will be extended at the moment for the next five days until May 5. If there is still no news by then it will be extended again.”