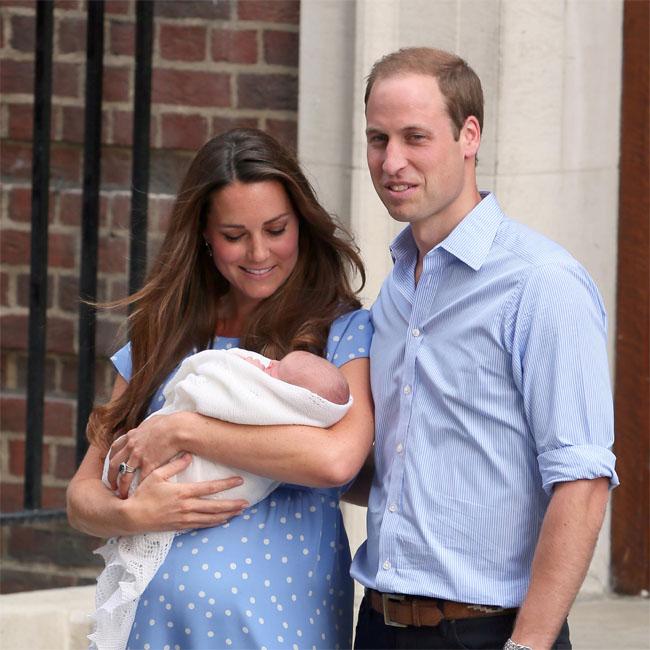 Britain’s Duke and Duchess of Cambridge have left the hospital with their sleeping newborn daughter.
The royal couple exited the Lindo Wing of St Mary’s Hospital in Paddington, London at approximately 6.15pm BST (02.05.15), following the birth of their second child at 8.34am BST.
The 33-year-old royal – dressed in a floral yellow and white Jenny Packham dress – was joined by her husband and their baby as they departed the facility, with Prince William placing their daughter in the back of a black Range Rover before departing without comment.
The couple – who wed in 2011 before giving having their first child, Prince George, in July 2013 – travelled to Kensington Palace after leaving the hospital, where they are expected to spend a few nights before returning to their home on the Sandringham Estate in Norfolk.
Their exit from the hospital follows messages posted to the Kensington Palace Twitter account earlier today, in which they thanked people around the world for their messages of congratulations, as well as staff who helped deliver the princess.
The statement read: “Their Royal Highnesses would like to thank all staff at the hospital for the care and treatment they have all received.
“They would also like to thank everyone for their warm wishes.”
The arrival of the as-yet un-named baby – who is fourth in line for the throne – was announced at 11.00am BST.
A post on Kensington Palace’s official Twitter account read: “Her Royal Highness The Duchess of Cambridge was safely delivered of a daughter at 8.34am. The baby weighs 8lbs 3oz. The Duke of Cambridge was present for the birth.
“The Queen, The Duke of Edinburgh, The Prince of Wales & The Duchess of Cornwall, Prince Harry & members of both families have been informed. Her Royal Highness and her child are both doing well.”