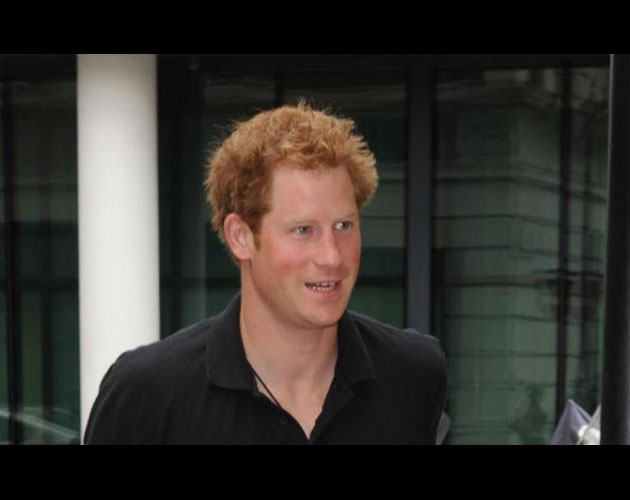 Britain’s Prince Harry splatted paint on a photographer’s head.
The playful prince covered his hand in purple paint to make a handprint mark on a wall at the Turn Your Life Around Trust youth centre during his trip to south Auckland in New Zealand on Friday (15.05.15), and then ran across the room to repeat the mark on the forehead of royal photographer, Arthur Edwards.
The 74-year-old photographer – who has been taking snaps of the British royals since 1977 – reacted positively to the hilarious incident, and even posed for photos while still covered in the bright paint.
During his trip to the centre, the youngest son of Prince Charles let loose with young people who use the facility, challenging them to enthusiastic games of table tennis, pool and table football.
The 30-year-old royal’s fun-loving attitude had also been on show earlier in the day during a trip to Southern Cross Campus School where he chatted and presented awards to pupils, despite rainy weather pouring down on the trip, forcing the prince to make an outfit change to replace his drenched clothes.
Prince Harry is expected to return to the UK on Saturday (16.05.15), when he will get the chance to meet his two-week old niece, Princess Charlotte.