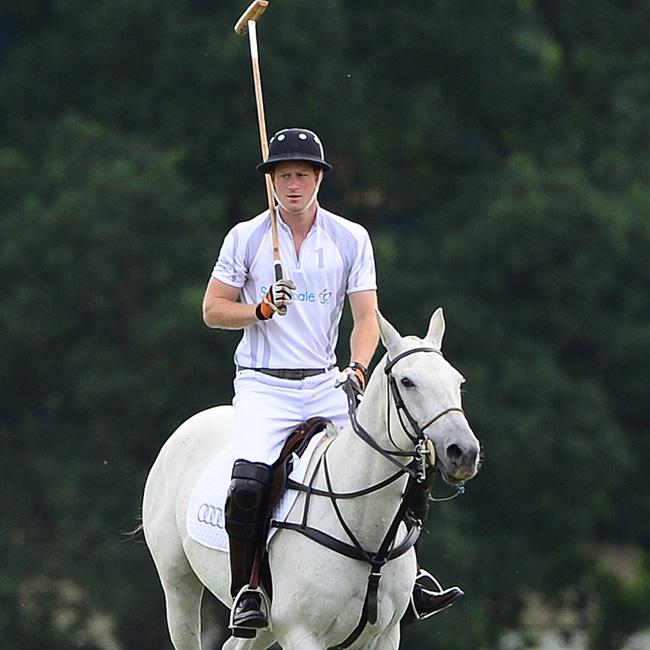 Britain’s Prince Harry missed “an open goal” during a charity polo match on Sunday afternoon (24.05.15).
The 30-year-old royal – who’s a big fan of the sport – took to the field at Cirencester Park Polo Club in Gloucestershire and as the game reached its conclusion, Prince Harry failed to score a critical chance.
One seasoned onlooker told the Daily Telegraph newspaper: “There were two shots that Harry missed. The second one was a sitting target, it was almost an open goal.
“They stood a chance of pulling level so they could have done with scoring that one. It went wide and he screamed out in anger and frustration – ‘arghhh’.
“The one in the first chukka came close. It was a slightly harder one and he took it in good stead. He rode away and said something.”
Meanwhile, 20-year-old student Michael Evett said: “We heard Prince Harry was playing so we thought we’d go down and have a look. He was good at some points but he missed two open goals. One was at the beginning and the one right at the end would have equalised the game.
“He was chasing it down the pitch against a player from the other team. Then at the end he shot and missed.”