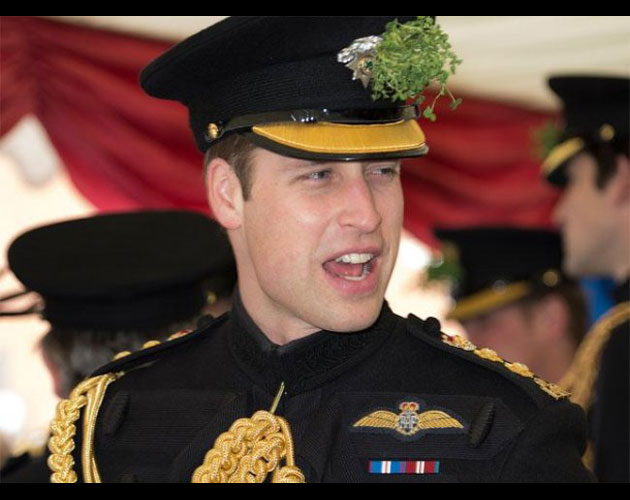 Britain’s Prince William has called for FIFA to “put the sport first’.
The 32-year-old royal – who is president of the Football Association – has spoken out against the organisation after seven officials were arrested by the FBI in Zurich and accused of bribery and money laundering over the 2010 South Africa World Cup and the Copa America in 2016.
The third-in-line to the throne called for sponsors to support reforms in the organisation similar to those made by the International Olympic Committee after it was accused of taking bribes to hold the Winter games in Salt Lake City in 2002.
He said as he visited Wembley stadium to watch his team Aston Villa take on Arsenal in the FA Cup final over the weekend: “There seems to be a huge disconnect between the sense of fair play that guides those playing and supporting the game, and the allegations of corruption that have long lingered around the management of the sport internationally.
“The events in Zurich this week represent Fifa’s Salt Lake City moment, when the International Olympic Committee went through a similar period of serious allegations. Fifa, like the IOC, must now show that it can represent the interests of fair play and put the sport first.
“Those backing Fifa, such as sponsors and the regional confederations, must do their bit to press these reforms – we are doing football and its fans no favours if we do not.
“I have no doubt that when Fifa reforms, its mission to spread the benefits of the game to more people, especially those in developing countries, can only be enhanced.”
The prince – who welcomed his second child, Princess Charlotte, with his wife the Duchess of Cambridge last month – also spoke out in support of the FA vice-chairman David Gill, who recently refused to take up a seat on FIFA’s executive committee while current president Sepp Blatter remains part of the organisation.
William credited him for leading “by example” and said: “If we want credibly to influence the debate on reform in FIFA, we must continue to strive for excellence in our own organisation.”