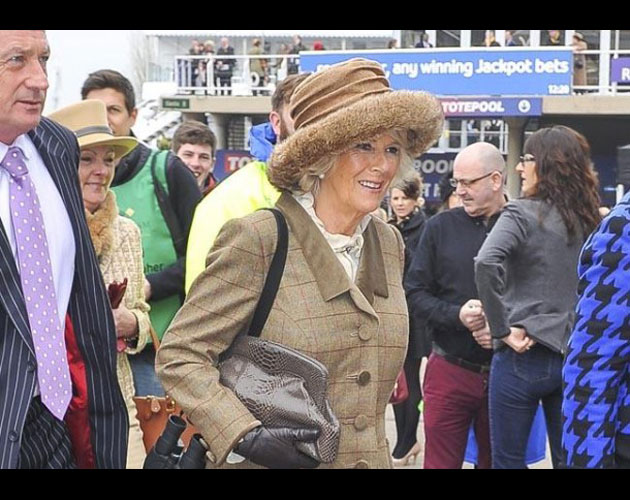 Britain’s Duchess of Cornwall met Dame Joan Collins at the Royal Academy’s summer exhibition this week (02.06.15).
The 67-year-old royal – who is married to the heir apparent Prince Charles – greeted the actress, 82, as she arrived as guest of honour at the annual dinner held at the Academy’s home in Burlington House, London.
Camilla opted for a traditional white gown while the ‘Dynasty’ star – who was awarded her DBE by the Duchess’ mother-in-law Queen Elizabeth II earlier this year – opted for Old Hollywood glamour in a pink shawl, floral gown and black gloves.
Camilla arrived at the Academy following a garden party held in honour of the WI’s centenary at Buckingham Palace and described the exhibition – which has featured work by both established and up and coming artists since 1769 – as a “magnificent tradition”.
According to MailOnline, she said: “There is nothing else in the world like the Royal Academy’s Summer Exhibition.
“Nowhere else can anybody – Royal Academician or not – submit a painting or a sculpture and hope to be exhibited beside some of the greatest living artists.
“But then there is nothing in the world like the Royal Academy! Nowhere else do such spectacular exhibition galleries, which show the finest art of the world, stand beside the schools which teach the artists of the future.
“For nearly 250 years the Royal Academy has influenced our lives and the lives of the nation.
“The magnificent tradition of allowing everybody to submit their work encourages all of us – even the most amateur – to keep painting and to keep hoping.”