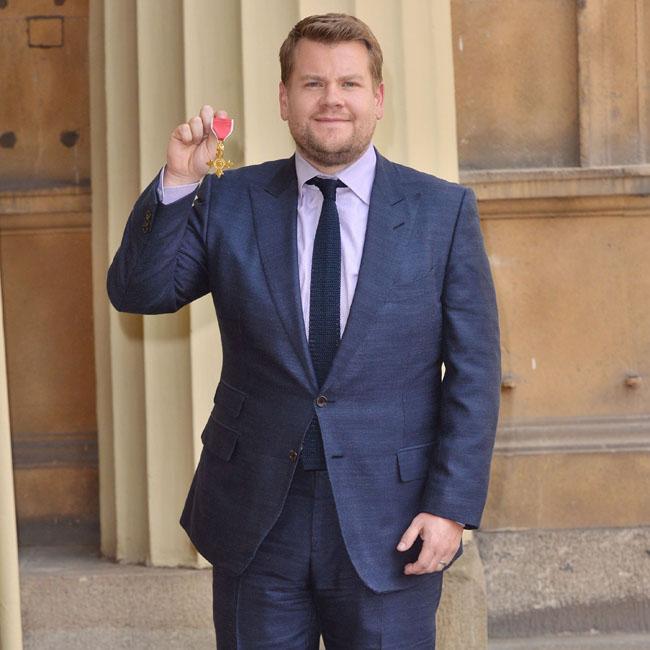 James Corden felt “undeserved” to receive an OBE.
The 36-year-old presenter flew back to the UK from Los Angeles to receive his honour from Britain’s Princess Anne yesterday (25.06.15) and was “overwhelmed” by the occasion.
He said: “It’s a little overwhelming really the things that have happened in the past few years. I feel very undeserving, particularly when you hear what some of the people have done and the sacrifices they have made in their lives. You wonder what you’ve done to be on such a list. But I feel very grateful and overwhelmed that I am here.”
The ‘Late, Late Show’ host was bestowed the honour for services to drama and he admits he isn’t sure now whether he is more of an actor or a presenter.
Speaking to ITN after the ceremony – for which he was joined by wife Julia – he said: “I don’t know what I see myself as really. To just have a varied career is all I ever wanted. Just to get to perform is all I’ve ever wanted to do.”
And James also admitted he would love to get a member of the royal family on his talk show to take part in the popular Carpool Karaoke segment.
He said: “I can absolutely say that any member of the royal family, should they wish to, the invitation will always be there to do a Carpool Karaoke.
“I don’t imagine they’ll take me up on it, but should they ever wish they are all welcome, yes.”