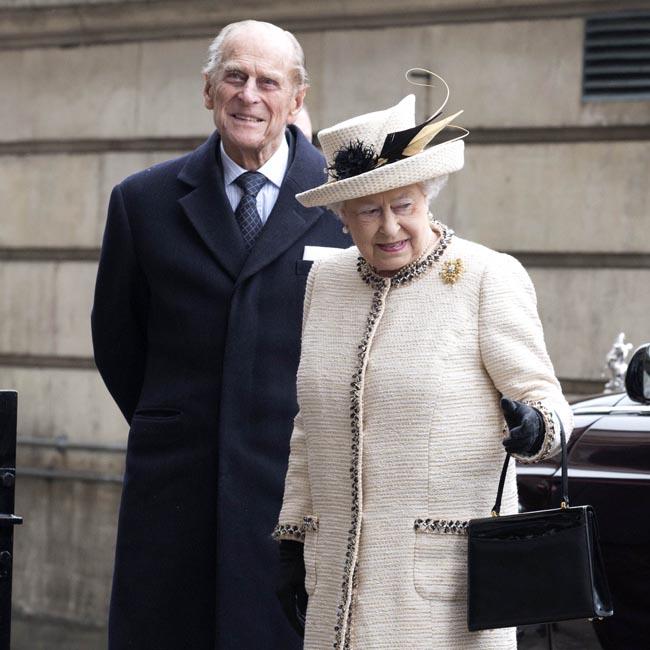 Britain’s Queen Elizabeth and Prince Philip enjoyed lunch with his German relatives yesterday (25.06.15).
The royal couple dined in Frankfurt’s city hall and chatted – Philip in fluent German – with members of the Battenberg, von Baden and Hesse families, before later meeting with them at a reception at the British Embassy in Berlin.
Along those at lunch were Philip’s 81-year-old nephew, Maximilian, Margrave of Baden, and his distant cousin, Prince Donatus, Landgrave of Hesse.
Donatus, 48, shared a table with the queen and German president Joachim Gauck and was seen laughing with the monarch.
He said afterwards: “We had a good table and I know her of course as a relative and I see her once in a while.
“I was only able to talk to Prince Philip for a second, we weren’t on the same table. I’m related to both the Queen and Prince Philip, because Prince Philip is a Battenberg.
“Mountbatten is Battenberg and Battenberg is coming from my family and I’m also related to the Queen through Queen Victoria – she’s my great, great, great grandmother, something like that.
“Normally I see the Queen in England at Windsor so it’s lovely to see them here.”
Philip, 94, makes regular private trips to Germany to see his family, while they are frequent visitor’s to the couple’s Windsor Castle estate.