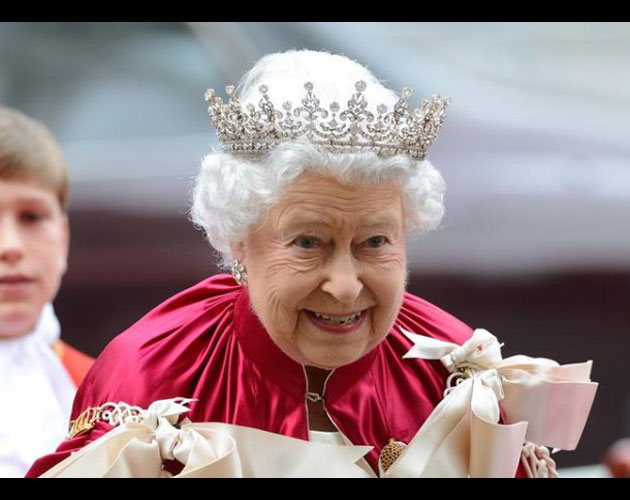 The Queen of England has been handed the keys to the city of Edinburgh for the week.
Joined by her husband the Duke of Edinburgh, the 89-year-old Queen attended the Ceremony of the Keys yesterday (31.06.15), which traditionally marks the start of her stay at the Palace of Holyroodhouse, her official residence in Scotland. Tradition dictates that, at the end of the week, Her Majesty will return the keys, entrusting their safekeeping to Edinburgh’s elected officials.
According to the MailOnline, the Officer Commanding the guard of honour Major Alastair Colville said: “It is an honour to be asked to provide the Guard and formally welcome Her Majesty to Edinburgh.
“The fusiliers will take great pride in guarding her Majesty for the rest of the week.”
The Queen and the Duke of Edinburgh are in Scotland for Holyrood week, which celebrates Scottish culture, history and achievement, and includes an investiture and garden party at the palace.
The royal couple’s trip to Edinburgh follows an official state visit to Germany last week, during which they met survivors and liberators of Bergen-Belsen.
The Queen and Prince Philip spent time at the former Nazi concentration camp, where they laid a wreath at a memorial to the 70,000 Jews, Russians and other prisoners.