Queen Victoria’s pants being auctioned off 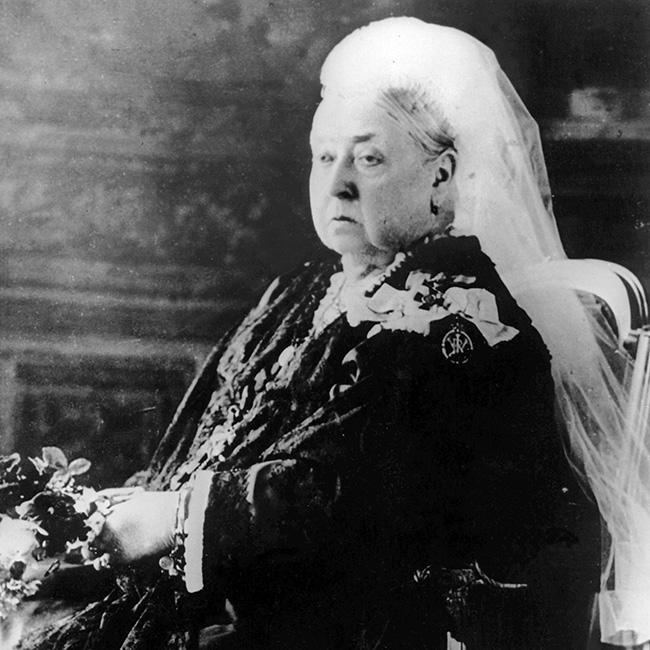 Britain’s Queen Victoria’s pants are to be auctioned off.
The 45in waistband knickers, which are embroidered with the royal VR monogram, have been dated back to 1891, and are going to be sold in Chippenham Auction Rooms, Wiltshire on behalf of Yesterday’s World museum in Sussex.
Auctioneer Richard Edmonds said: “We’ve been able to date the pants by measuring the waistband and they are from the last 10 years of her life.
“Earlier in her life she was slimmer but her pants got bigger as she got older. As there’s such a good photographic record of Queen Victoria, it’s possible to calculate her waist measurement over time, so we know roughly when she would have worn items of this size.”
Richard added the 125-year-old underwear was bought by Yesterday’s World museum from a descendant of one of Queen Victoria’s ladies-in-waiting.
Speaking to BBC News, he said: “Items of Queen Victoria’s clothing were often given to members of the royal household, particularly after her death in 1901, and they’re stamped with the royal crest which proves they’re from the royal wardrobe.”
As well as the pants – which are said to be in “excellent condition” and expected to fetch several thousand pounds on 11 July -, the auction will include nightdresses, stockings and shoes worn by Queen Victoria’s third child Princess Alice, as well as replicas of the Crown Jewels.
In 2014, a pair of Queen Victoria’s silk bloomers sold at auction in Kent for £6,200.