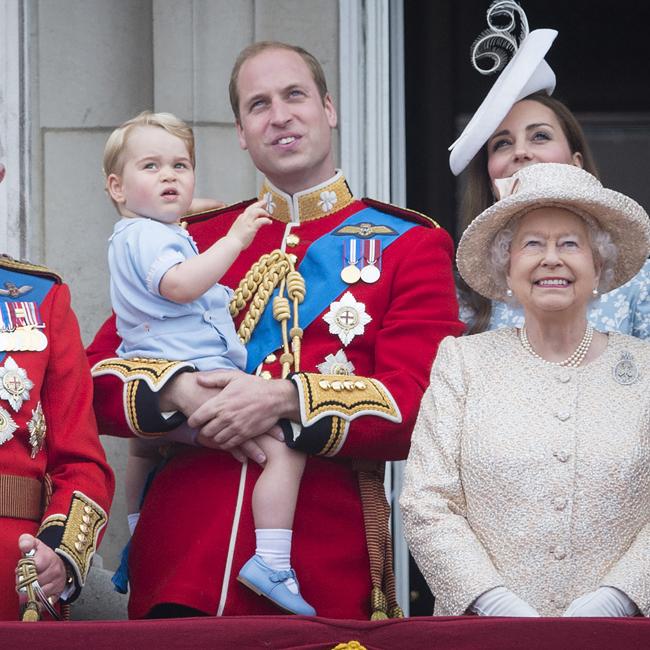 Britain’s Prince George calls Queen Elizabeth II “nanny”.
The royal, who celebrates his second birthday later this month, apparently uses the casual nickname to greet his grandmother.
A 22-second video, captured by the Daily Mirror newspaper, shows the young prince outside the St. Mary Magdalene Church in Sandringham in conversation with Prince William, who tells him: “You coming, they’re all coming, we can go back to nanny’s.”
What’s more, it’s been reported that the future king refers to Carole Middleton – the mother of the Duchess of Cambridge – as grandma.
Last month, meanwhile, the young prince attended the Trooping the Colour for the first time.
Prince George – who wore a blue shirt featuring white frills and matching shorts for the occasion – waved to the crowds as he joined his parents, the Duke and Duchess of Cambridge, grandfather Prince Charles, great-grandmother Queen Elizabeth and other family members on the Buckingham Palace balcony for the annual parade, which marks the monarch’s official birthday.
He was seen excitedly pointing at the planes as they approached the palace during the flypast, which attracted a sizeable crowd in central London.