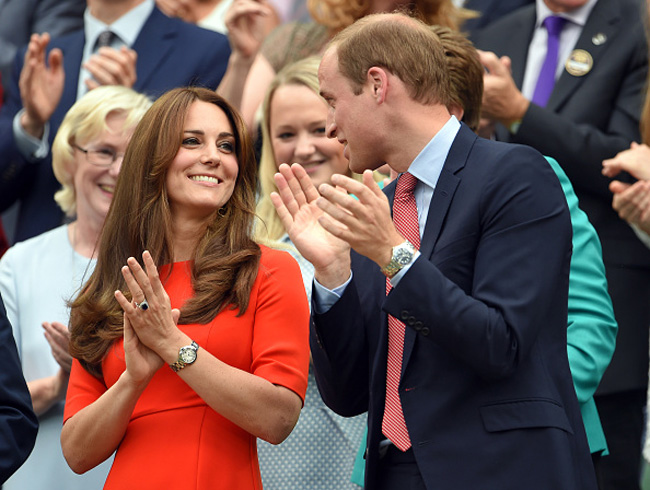 Britain’s Duke and Duchess of Cambridge attended the Wimbledon tennis championships yesterday (08.07.15).
The royal duo, both of whom are 33, were among those in the crowd on Centre Court to cheer on home favourite Andy Murray, who was involved in a quarter-final tie with Canada’s Vasek Pospisil, which he won.
The Duke and Duchess took some time off from caring for their new baby Princess Charlotte – who was born in the first week of May – to sit alongside the likes of retired soccer star David Beckham and William’s cousin, Zara Phillips, in the star-studded crowd.
William and the Duchess – who was known as Kate Middleton before her marriage in 2011 – are both noted fans of tennis, having played against each other during their days as students at St Andrews University.
What’s more, it was recently reported that they are planning to upgrade the tennis court at their country home, Anmer Hall.
Meanwhile, the Duchess’ sister Pippa was seen at the championships earlier this week, while her mother Carole and mother-in-law Camilla enjoyed a friendly exchange at the championships late last week.