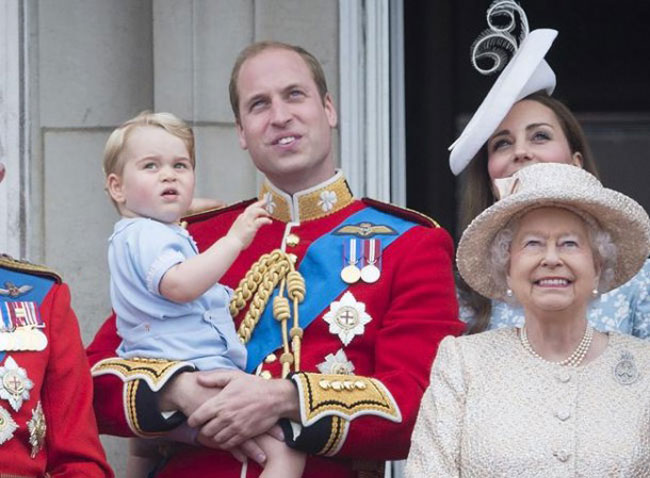 Britain’s Prince George is “a little monkey”.
The 23-month-old tot’s father Prince William has joked his son can be a bit of a handful to look after due to his mischievous behaviour, while his daughter is like “heaven”.
Describing his two-month-old daughter Princess Charlotte, he said: “[She’s] a little joy of heaven, but at the same time, it is more responsibility, looking after two little ones, especially when George is around. He’s a little monkey.”
The news comes just a fortnight after William and his wife Duchess Catherine christened Princess Charlotte at St. Mary Magdalene Church on the Queen’s Sandringham Estate in Norfolk.
The 33-year-old duke also gushed about his wife – who he wed in 2011 – for doing such “an amazing job as a mother” following the birth of their second child in May.
He said: “Catherine has been doing an amazing job as a mother, and I’m very proud of her.”
Despite having their hands full at the moment, William didn’t reject the possibility of having more children suggesting it is something they are considering.
He told reporters: “We’ve only just had the second one.
“You never know what is going to happen in the future.”