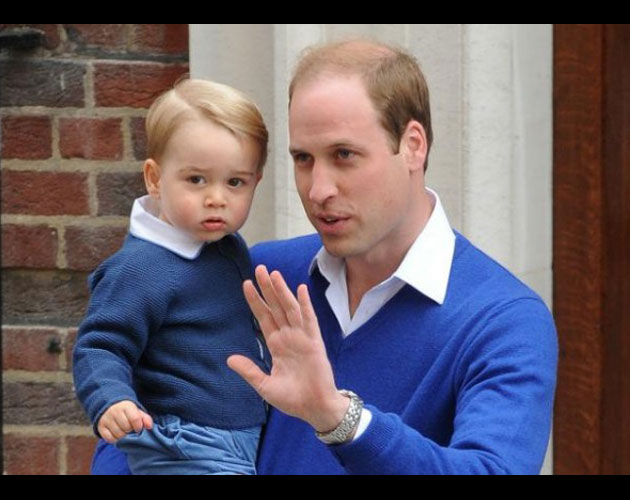 Britain’s Prince George will celebrate his birthday tomorrow (22.07.15) with a low-key party.
The 23-month-old son of the Duke and Duchess of Cambridge will be amongst his close family and friends present, including two-month-old sister Princess Charlotte, as he turns two at Anmer Hall on the Sandringham Estate in Norfolk.
Grandparents Michael and Carole Middleton are expected to attend the bash, which was organised by Kate, and they are also said to be providing the cake, the Daily Mail newspaper reports.
However, Prince William’s father Prince Charles will unlikely to be attending with the Duchess of Cornwall as the royal couple are currently on a tour of the West Country.
Meanwhile, the Royal Mint have released a coin to commemorate the Prince’s second birthday.
The sterling silver £5 coin will feature a contemporary image of the St George and the dragon legend.
Shane Bissett, director of commemorative coin and bullion at the Royal Mint said: “The choice of the St George design to honour Prince George’s birthday is an apt one – the name George has long had links with the British monarchy and its coinage, there having been six kings of that name during the Royal Mint’s 1,000 year history.
“The choice of a silver £5 coin is significant too as the tradition of crossing the palm of a new born baby with silver is a way to wish them wealth and good health throughout their life.”