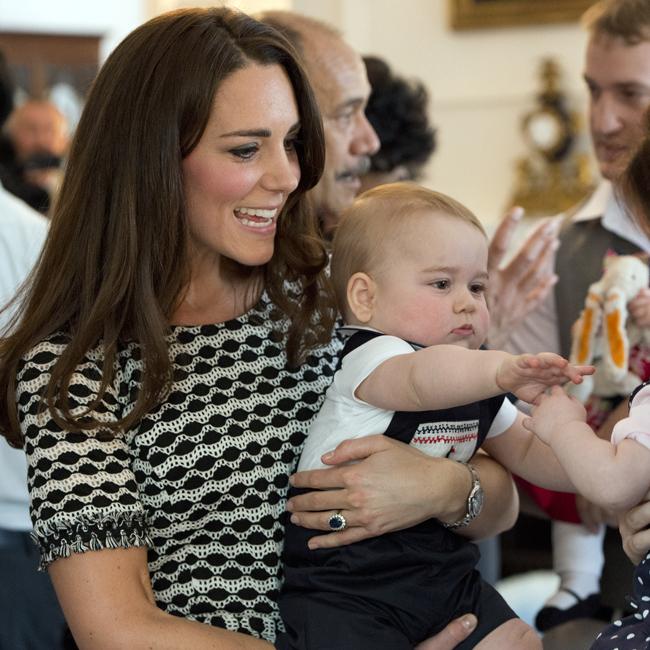 Britain’s Prince George thinks he is three-years-old.
The two-year-old son of Britain’s Duke and Duchess of Cambridge attended the later cancelled American Cup World Series with his parents on Sunday (26.07.15) in Portsmouth, England, where he told the son of Head Coach, Rob Wilson, Freddie Wilson that he was a year older than he actually is.
According to US Weekly magazine, Freddie’s mother, Wendy Maxwell asked the Duchess how old George is and he said: “I’m 3.”
To which Catherine added: “George says that. He thinks that he’s older.”
Meanwhile, Prince George and his sister, Princess Charlotte were given wooden replicas of two of the Navy’s latest aircraft carriers, which are named after Queen Elizabeth and the Prince of Wales.
The toys were given to, George and his two-month-old sister, Charlotte by Royal Marines officer Colonel Mike Tanner, who is the deputy commander of Portsmouth Naval Base, while on their trip to the dockyard.
The special gifts were created by BAE Systems engineers, who commented on the process of producing them.
They said: “They’ve both been tested in the water. They are coated in a child-proof varnish.”