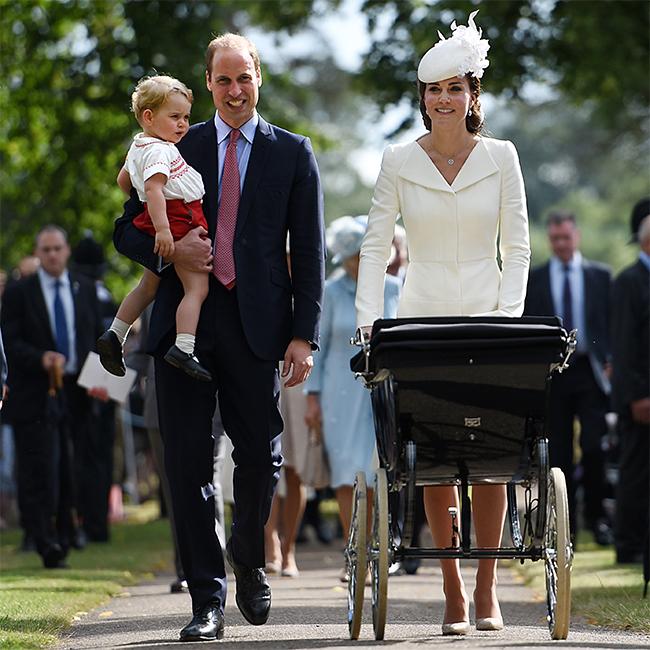 Britain’s Prince George served as the inspiration for the Kardashians Kids collection.
Khloé Kardashian has revealed her admiration for the two-year-old son of the Duke and Duchess of Cambridge, complimenting his “cute and preppy” style.
The ‘Keeping Up with the Kardashians’ star said: “Prince George is the cutest ever. He is so cute and preppy, but he still represents very well. He is very cute.”
Talking about her choice to expand their fashion line for children, Khloé said it was “a natural progression” as her sister’s Kourtney Kardashian and Kim Kardashian West’s children – Reign, North, Penelope, and Mason Disick – are ” so fashion forward”.
She told Sydney’s Confidential: “Doing a kids line was a natural progression. My nieces and nephews are so fashion forward, but we noticed there was a need in the market for boys.”
Meanwhile, Kim Kardashian West previously declared her love for the royal couple and Prince George, when she sent hip-hop style clothes to the Duke and Duchess of Cambridge for Prince Geroge to wear.
However, according to a source it wasn’t known if they let him wear the items.
The source said: “It depends if the Cambridges want to dress him in it.”
Kim – who is married to rapper Kanye West – also wanted to arrange to meet up with the Duchess of Cambridge.
She added: “We all love her, and would love to hang out with her. I’m going to call her up and ask her for lunch. She’s amazing.”