Prince Harry’s bike up for sale 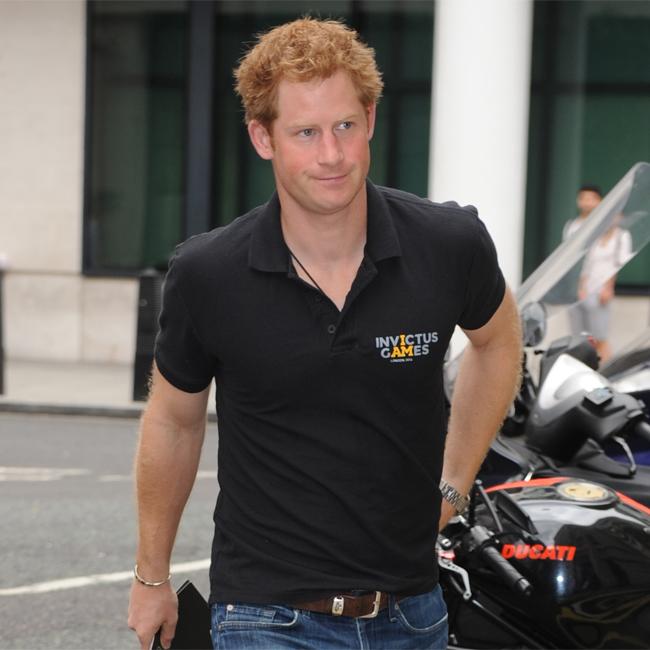 A golden bicycle given to Britain’s Prince Harry has been put up for auction.
The two-wheeled vehicle was spray-painted gold by members of the Student Volunteer Army and presented to the British royal during his trip to New Zealand in May, although he was unable to take it back to England “due to shipping issues”.
The description of the item on trademe.co.nz reads: “A glorious bike made for a Prince, was done up by members of the student volunteer Army as a gift for prince Harry on his visit to the University of Canterbury. However due to shipping issues Harry was not able to take the bike back home with him.”
Although the 30-year-old prince was unable to take it home, he did “examine and touch” it, according to the listing, even though he wasn’t allowed to ride it on the day.
The seller revealed: “Unfortunately due to the weather the day he visited he was unable to ride it, although he did examine and touch the bike.”
And fans of the red-haired royal have been quick to get involved in the charity auction – which is raising funds for the victims of March’s Vanuatu cyclone which claimed the lives of 11 people – with bids already exceeding 325 New Zealand Dollars (£137), despite the fact it will not end until 9pm on August 12.
The listing added: “All money from the auction will go towards helping the relief effort after the Vanuatu cyclone. The bike has had a full service and so is beautiful to ride.”