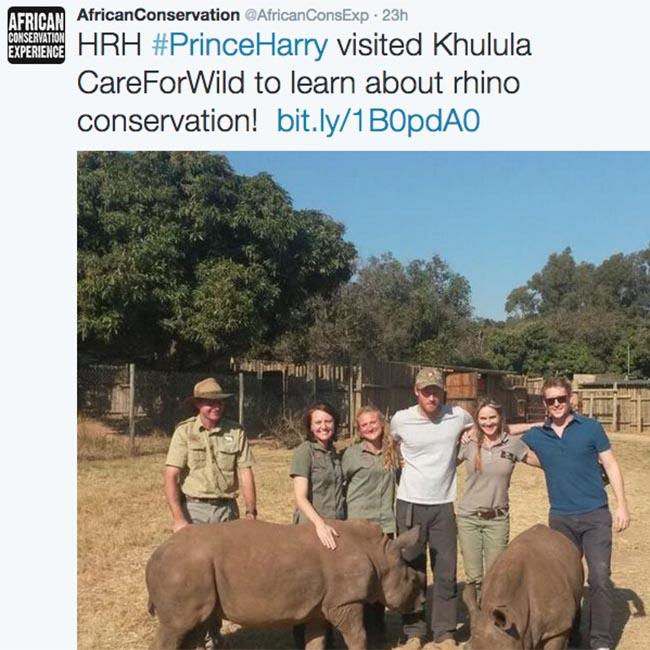 Britain’s Prince Harry has grown a beard.
The flame-haired royal was spotted with a full beard whilst posing next to a baby rhino at the at Khulula Care for Wild conservation park in Africa.
The 30-year-old Prince – who is spending three months helping to protect endangered animals – is helping specialist rehabilitation facilities for rhinos who were rescued from poachers.
The African Conversation Experience tweeted a photo of the prince with his facial hair on full display alongside young rhino Warren.
The caption read: “HRH #PrinceHarry visited Khulula CareForWild to learn about rhino conservation(sic)!”
Khulula shared how Harry was talking to the volunteers and even experienced the rhinos being fed.
They posted on their website about the royal visit saying it was a “huge surprise”.
They wrote: “The team at Khulula Care for Wild were in for a huge surprise when HRH Prince Harry joined them last Friday!
“Prince Harry spent several hours talking to the team and the volunteers at Khulula, taking a walk around the premises – accompanied by baby rhino Warren! – and experiencing a feeding round.”
It’s not known exactly what his work will involve while he is there, but Harry is expected to return home to the UK in early September.