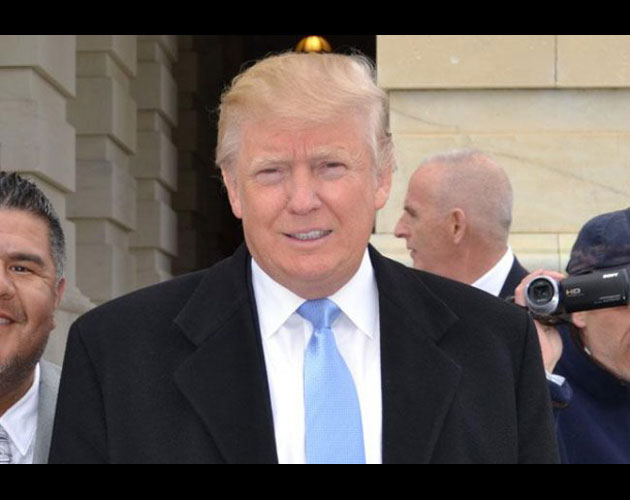 Donald Trump reportedly “bombarded” Britain’s Princess Diana with flowers after her marriage to Prince Charles collapsed.
The US billionaire – who married his third wife, Melania, in 2005 – pursued the Princess of Wales to the point of “stalking” in the misguided belief he could date her, according to broadcaster Selina Scott.
She explained: “He bombarded Diana at Kensington Palace with massive bouquets, each worth hundreds of pounds.
“Trump clearly saw Diana as the ultimate trophy wife. As the roses and orchids piled up at her apartment she became increasingly concerned about what she should do. It had begun to feel as if Trump was stalking her.”
Selina – who has a longstanding feud with the 69-year-old businessman, who’s currently seeking the presidential nomination of the Republican Party in the US – said not dating the late Princess was one of Trump’s biggest regrets.
She wrote in the Sunday Times newspaper: “When she died in the tragic accident in Paris in 1997, Trump told friends his biggest regret was that they hadn’t dated. He said that he always thought he had a chance of romance and would have had a ‘shot’ with her.”