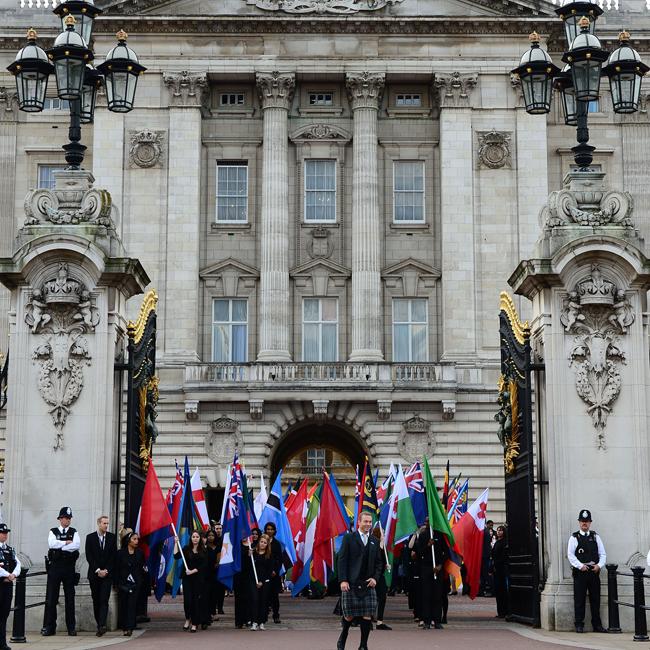 A new cycle highway could be opened outside Buckingham Palace, the London home of Britain’s Queen Elizabeth.
It’s been confirmed a two-way segregated track could be created at Spur Road, in front of the Queen Victoria Memorial at the palace, with bollards that could be taken down if necessary.
Mayor of London Boris Johnson said: “The new east-west superhighway will be a treasured part of our new network, running through the heart of the capital and past the front door of some of our most loved landmarks such as the Houses of Parliament and Buckingham Palace.”
If successful, the plan could be fully implemented by summer 2016.
Meanwhile, it was announced earlier this week that the palace is to host a new photographic exhibition that will open on the day Britain’s Queen Elizabeth celebrates becoming the nation’s longest-reigning monarch.
The exhibition, which will be known as Long To Reign Over Us, will also be staged at Windsor Castle and the Palace of Holyroodhouse on September 9th.
It will feature official portraits and images of the Queen from 1952 to the present day, in addition to previously seen informal photographs of the monarch and her family.