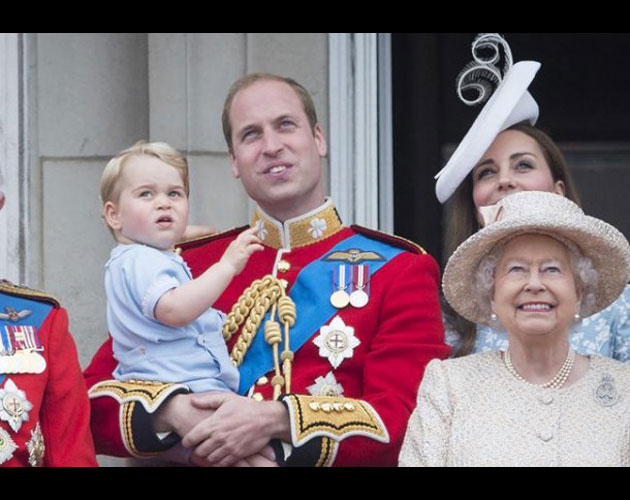 Britain’s Prince William has paid tribute to his grandmother the Queen.
The future heir to the throne wrote a foreword dedicated to Elizabeth in a biography of the Queen by Lord Hurd which has been written to commemorate her longest-serving reign as monarch.
He wrote: “I think I speak for my generation when I say that the example and continuity provided by the Queen is not only rare among leaders but a great source of pride and reassurance.”
Wednesday evening on August 26 will mark just over 63 years and seven months on the throne for Elizabeth – equalling the record held by her great-great grandmother, Queen Victoria.
The 33-year-old Prince also honored his grandfather, Prince Philip, in the book’s introduction.
He penned: “The Queen’s kindness and sense of humour, her innate sense of calm and perspective and her love of family and home are all attributes I experience first-hand. I should add that no mention of the Queen is complete without paying tribute to my grandfather Prince Philip, who has devoted his life to supporting her.”
Although the Queen has decided not to mark the event, her grandson inisted that the family should celebrate her story.
The Duke of Cambridge said: “All of us who will inherit the legacy of my grandmother’s reign and generation need to do all we can to celebrate and learn from her story. Speaking for myself, I am privileged to have the Queen as a model for a life of service to the public.”