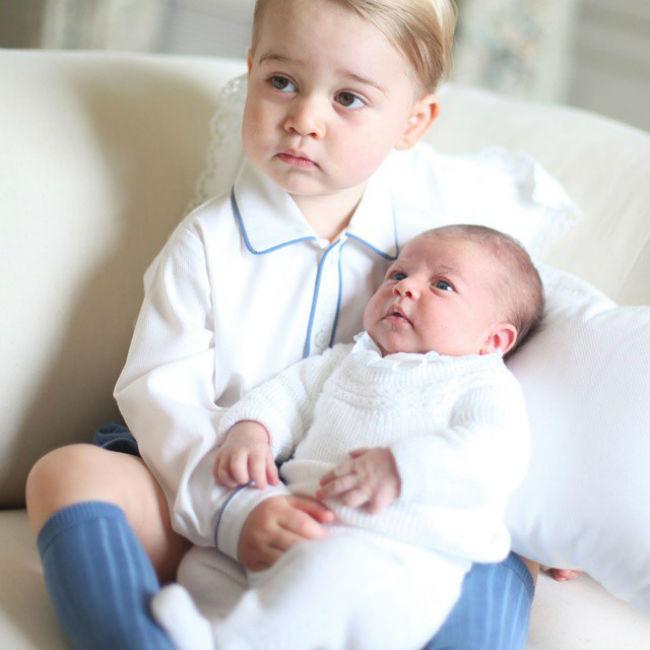 Britain’s Princess Charlotte received a tartan pinafore as a gift from a bagpipe band.
The three-month-old daughter of the Duke and Duchess of Cambridge was made the plaid dress by a member of the Sons of Scotland Pipe Band, who performed for her great-grandmother, Queen Elizabeth II, at Balmoral Castle last week.
Bethany Bisaillion played traditional pipe music for the 89-year-old Queen and Prince Philip, 94, and their daughter-in-law Sophie Wessex, 50, and her daughter Lady Louise, aged 11, and said she was “emotional” when she handed the gift over.
Sh gushed: “I was getting a little emotional. I had to bite my lip and be stoic!
“We hope that she gets it in time that she doesn’t grow out of it!”
The little dress features a maple design similar to items made for Prince George and Princess Catherine and the band also made a waistcoat for Prince William, which they presented to the royals on previous visits.
Bethany told Canada AM: “She (Elizabeth) recognized us from our last visit. That’s quite extraordinary. The look on her face was priceless. It just warmed my heart. I tried to attempt a really good curtsy but the grass was a bit slippery, so I don’t know how I fared!”