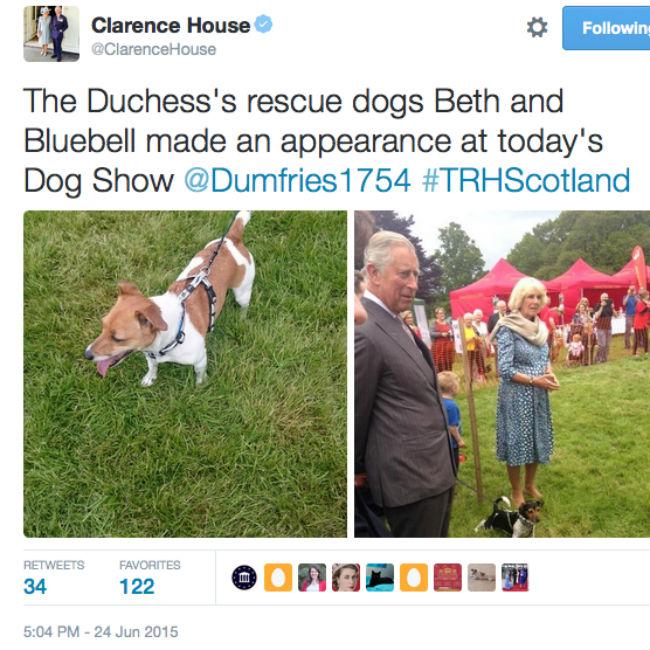 Britain’s Duchess of Cornwall has wished animal lovers a “Happy National Dog Day”.
A message on the Twitter account of Clarence House where Camilla, 68, resides with 66-year-old Prince Charles expressed well-wishes to dog lovers everywhere from her and her rescue jack russel Bluebell.
It read: “Animal lover the Duchess of Cornwall gets a hug from her rescue dog Bluebell. #HappyNationalDogDay! (sic)”.
The wife of the Prince of Wales adopted the canine in 2012, when it was just four months old, from south London’s famous Battersea Dogs and Cats Home and her furry friend is often seen at public engagements with the royal.
Bluebell is accompanied by Beth in the royal household, who was rescued from the centre a year before in 2011.
Meanwhile, Queen Elizabeth II reportedly won’t be taking on any more pets herself because the 89-year-old monarch has a fear of tripping over them.
A source shared: “Her corgis are getting on a bit and move along at a sedate speed but a young dog would obviously be very lively and much more active. Her main fear is that if she fell and broke her arm or even a leg she would not be able to perform her duties for many weeks if not months, and that would upset her greatly.”